There was an interesting goof-up in his election affidavit as he mentioned his father's name in the column meant for husband's name. 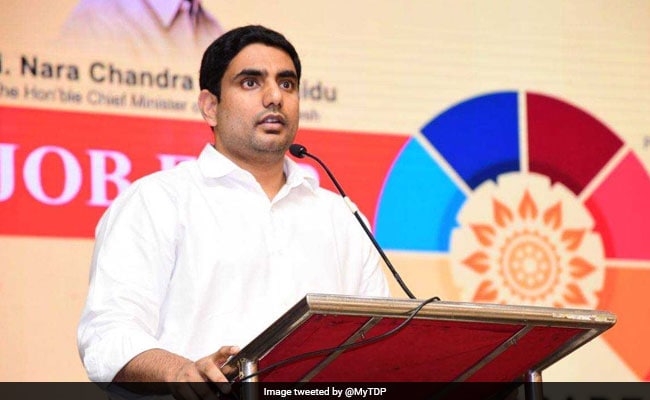 Mr Lokesh's assets include all those owned by him, his wife N Brahmani and son N Devaansh in the election affidavit he submitted, along with his nomination for Mangalagiri Assembly constituency in Amaravati.

However, there was an interesting goof-up in his election affidavit as he mentioned his father's name in the column meant for husband's name.

A similar goof-up was done by N Chandrababu Naidu himself who mentioned the name of his father N Kharjura Naidu in the column meant for mentioning the name of husband in his election affidavit.

The couple also declared liabilities of Rs 5.72 crore and Rs 3.41 crore in the affidavit. Mr Lokesh has also stated that there are no criminal cases registered or pending against him at any police station or court.

The affidavit also said that the minister owns three cars including a Ford Fiesta and two Toyota Fortuners. He also said that his family members do not own any vehicles.

Andhra Pradesh, which has 25 Lok Sabha seats at stake, will vote in a single phase on April 11.

Lok Sabha elections 2019 will be held in seven phases between April 11 and May 19. Results will be declared on May 23.