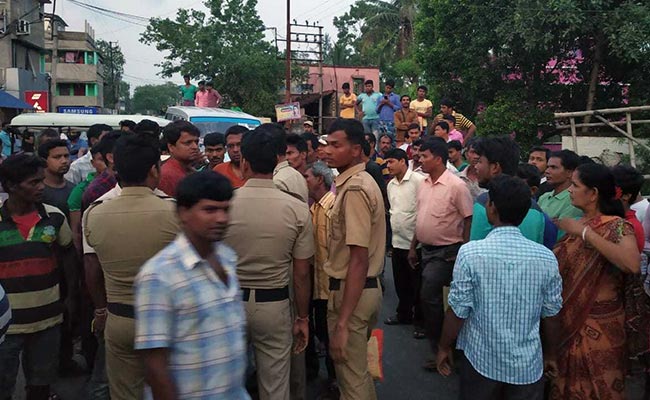 Nilanjan Roy, the BJP's Lok Sabha election candidate from Diamond Harbour in West Bengal, was attacked by a group of men as he headed out to campaign on Saturday. Mr Roy, who was on an open top car, was targeted by people who he claimed belonged to Chief Minister Mamata Banerjee's Trinamool Congress.

He said bottles were hurled at him, though he escaped unhurt. His car took the damage. Mr Roy said he had the police's permission for the rally but the policemen could not intervene when clashes broke out between two groups of supporters. At the time of the attack, there were some 300 BJP supporters with him.

When Mr Roy went to complain about the incident at Ramnagar police station, he and his men were surrounded by Trinamool Congress supporters, he said.

It's a high-stake battle between the current parliamentarian Abhishek Banerjee, Mamata Banerjee's nephew, and Mr Roy for the Diamond Harbour seat.

The BJP leader also faces a case under the Protection of Children from Sexual Offences Act, which Mr Roy said was the TMC's ploy to malign him.

Last month, Fuad Halim, a doctor and son of former West Bengal assembly Speaker Hasim Abdul Halim, who is the Left Front candidate from the seat, was assaulted at Falta area of Diamond Harbour constituency in South 24 Parganas district.

Mr Halim and a local CPI(M) leader were taken to the district hospital for treatment. The incident took place on National Highway-117 while Mr Halim was campaigning.

The TMC has denied any role in both the attacks. Diamond Harbour votes on May 19.