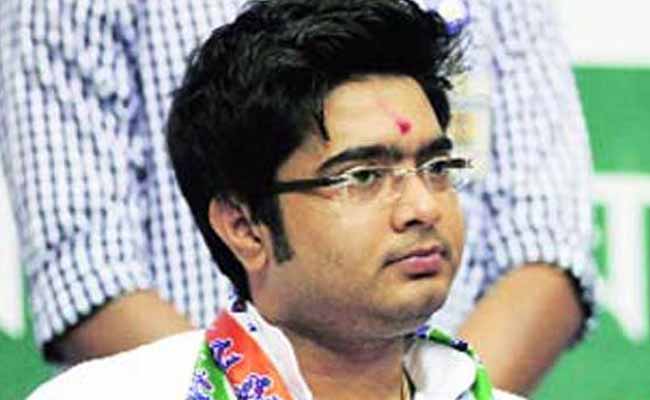 Trinamool Congress MP and party supremo Mamata Banerjee's nephew Abhishek Banerjee, who is seeking re-election from West Bengal's Diamond Harbour constituency, has declared that value of his movable assets have soared three-fold to over Rs 71.40 lakh, as against around Rs 23.57 lakh declared in 2014.

According to his affidavit submitted as part of the nomination filing process, his spouse Rujira Banerjee's movable assets stand at over Rs 35.55 lakh, down from Rs 54.08 lakh declared five years ago while value of movable assets of dependent - Azaniah Banerjee - went up sharply to over Rs 30.97 lakh from 10.09 lakh shown in 2014.

His spouse possesses approximately 658 grams of gold, about 2.3 kg of silver and other stones, valued about Rs 22 lakh, besides painting worth Rs 3 lakh.

Incidentally, a controversy had erupted last month over Mr Banerjee's wife being allegedly detained by the Customs officials for carrying gold in her check-in baggage at Kolkata's NSCBI Airport. Later, the MP refuted all the allegations by describing them as "baseless". The matter is now sub-judice as both the parties approached the court.

His movable assets include Rs 92,500 cash in hand, Rs 50.20 lakh of bank deposits, life insurance policies with an aggregate surrender value of over Rs 15.40 lakh.

He also has declared that there is no pending criminal case against him.