Ajit Jogi's Party To Not Contest Polls, Will Support BSP In Chhattisgarh 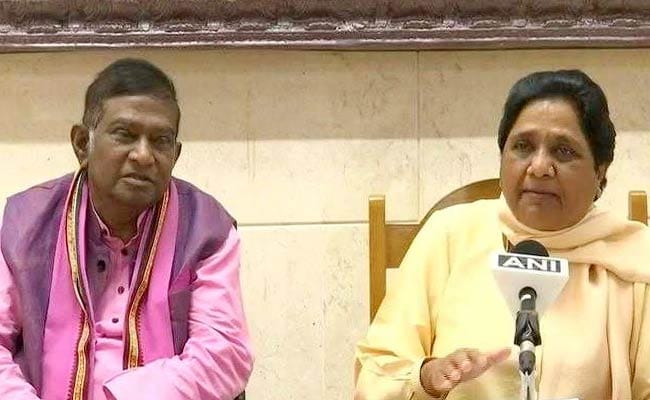 The 11 Lok Sabha seats in Chhattisgarh will see voting in three phases on April 11, 18 and 23.

"Our party's core committee and parliamentary board have unanimously decided not to any field candidates. We want the BSP, which is a national party, to field candidates in all 11 seats. We will support the BSP," said JCC(J) leader Amit Jogi.

"We have formed a regional party for the development and welfare of people of Chhattisgarh. As far as the national perspective is concerned, our first and last objective is to defeat forces engaged in spreading hatred and communalism in the country," he said.

"All our efforts will be to defeat BJP in all the seats of the state", he asserted.

The BSP has so far announced candidates for nine out of the state's 11 Lok Sabha seats with the exception of Raipur and Bilaspur.

He said the JCC (J) would contest civic bodies, three-tier panchayat and student union elections in the state in future.

The JCC (J) had formed an alliance with Bahujan Samaj Party for the 2018 assembly elections, with the former winning five seats and the Mayawati-led party two in the 90-member House.