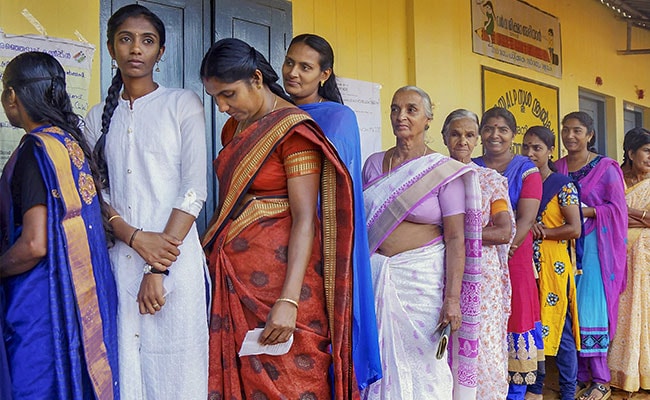 Polling is underway in the five constituencies of Darbhanga, Ujiarpur, Samastipur, Begusarai and Munger.

An estimated 32.48 per cent voters of the 87.74 electorate cast their ballots till 1 PM in Bihar, where polling for five Lok Sabha seats is underway on Monday, an election official said.

A total of 66 candidates, including three women nominees, are in the fray from Darbhanga, Ujiarpur, Samastipur, Begusarai and Munger constituencies in the fourth phase of polling in the state.

"Polling has been peaceful with no untoward incidents reported from any of the constituencies so far," the official said.

Paramilitary forces, Bihar Military Police and Special Auxiliary Police jawans have been deployed at all the 8,834 polling stations across the five seats, along with 16,239 poll personnel.