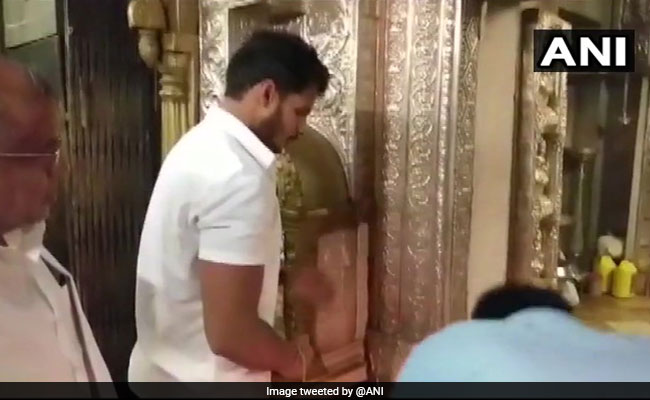 Before the Lok Sabha elections 2019 results are declared, leaders from across the political spectrum visited temples and offered prayers across the country in the morning today.

He said he is "very much confident" of taking over the parliamentary constituency from sitting Congress MP Shashi Tharoor. "For the development of Kerala and welfare of its people, I think the state should move along with the NDA government in Delhi."

Karnataka Chief Minister HD Kumaraswamy offered prayers at Lord Ganesha Temple in Jayanagar in Bengaluru, while his son Nikhil Kumaraswamy, who is debuting as JD(S) candidate from Mandya, visited Chamundeshwari Temple in Mysore.

Bengaluru South BJP candidate Tejasvi Surya, who visited a temple in Karnataka, said: "I am sure we will win. I am confident I will be able to contribute to legislation and policy-making in this country."

Actor-turned-politician Ravi Kishan, who is fighting for the Gorakhpur Lok Sabha seat, performed puja at his residence in the city. "With the blessings of Lord Shiva, BJP will register a historic victory," he said.

Senior Congress leader Digvijaya Singh, who is facing Malegaon blasts accused and BJP candidate Pragya Thakur, for the Bhopal seat, also visited a temple in a city in Madhya Pradesh.

Counting of votes for 542 Lok Sabha seats began at 8 am today. Seven-phased general elections ended on May 19.