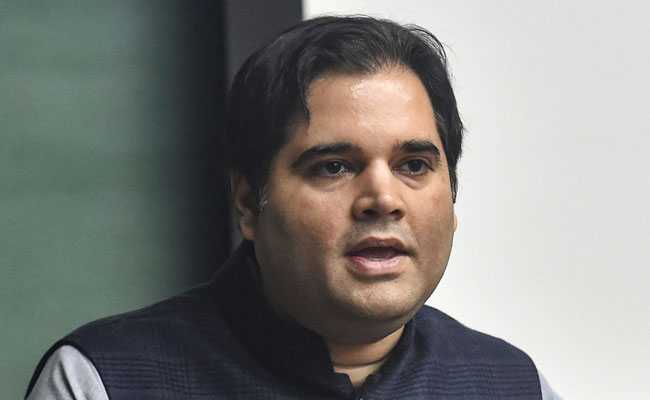 Amid daily barbs at the Gandhis and the Congress, the ruling BJP has set up its own version of Gandhi family drama involving another mother-son duo. Maneka Gandhi and Varun Gandhi may be moved to different constituencies as the BJP finalizes candidates for the April-May national election. Prime Minister Narendra Modi and BJP president Amit Shah will take a call on them, say sources.

The BJP may have Varun Gandhi contest from his mother Maneka Gandhi's Pilibhit instead of his own seat Sultanpur, next door to the Amethi constituency of his cousin and Congress president Rahul Gandhi.

Sources say it is Maneka Gandhi's idea; there is a worry that 38-year-old Varun Gandhi has frittered away his mandate in Sultanpur, where he defeated a strong Congress candidate, Amita Singh, in 2014.

Maneka Gandhi is the wife of Sanjay Gandhi, the younger son of former prime minister Indira Gandhi and the brother of Rajiv Gandhi.

She broke away from the family and the Congress after Sanjay Gandhi's death in a small plane crash in 1980, and is estranged from her sister-in-law Sonia Gandhi.

Notably, Varun Gandhi, younger to his cousins Rahul and Priyanka, fought his first election from Pilibhit in 2009. His mother shifted to Aonla, also in Uttar Pradesh.

Over the past few years, his public criticism of the BJP leadership has not earned him any points.

To ensure a safe seat for him, his mother is ready to shift to Haryana, say sources, but where she will contest is caught in a row.

Maneka Gandhi, 62, reportedly wants to contest from Karnal but BJP leaders in Haryana say she should be fielded in Kurukshetra.

The BJP may choose Prem Shukla for Sultanpur.

The national election will be held in seven rounds from April 11 to May 19 and the results will be declared on May 23.