Officials Travel 4 Days, 483 Km To Set Up Polling Booth, For One Voter

Every five years, when national polls are held, the Election Commission grapples with challenging terrain, inclement weather and poor infrastructure to ensure that no voter who wants to cast a ballot is left out. 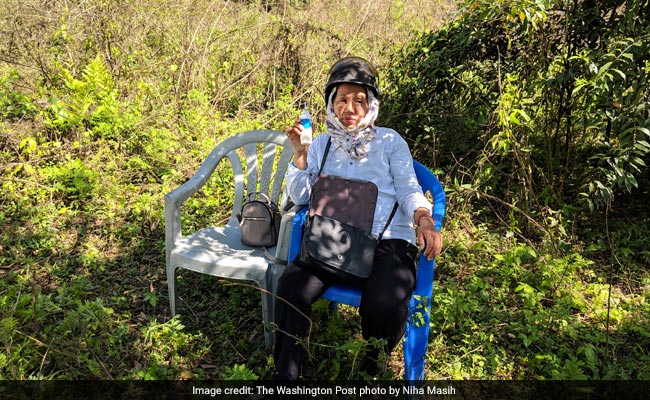 Malogam had five residents but only one registered voter this time - Sokela Tayang.

In the fading afternoon light, Gammar Bam glanced down nervously at a fast-flowing river in a corner of northeastern India. His team had already driven eight hours on one-lane mountainous roads and shaky bridges. Now they were trekking on a slippery path hugging a cliff.

Mr Bam looked at the narrow track and tried to gauge if he could clamber over an uprooted tree while carrying a voting machine. Somehow, he would have to make it work.

The world's largest electoral exercise began this month in India and will take place in seven phases over a 38-day period. Results will be announced on May 23. Nearly 900 million people are eligible to vote, and India is committed to reaching them all, no matter where they live.

For Mr Bam and his team of polling officers, that meant a four-day journey of over 300 miles - to ensure a single voter in Arunachal Pradesh could cast her vote.

"There is both excitement and nervousness," said Rupak Tamang, one of the team members, as he set up the voting machines. "If the one voter turns up, there will be 100 percent voting, but if she doesn't, then it will be zero percent."

Conducting elections in the world's largest democracy is a herculean task. Every five years, when national polls are held, the Election Commission grapples with challenging terrain, inclement weather and poor infrastructure to ensure that no voter who wants to cast a ballot is left out.

"We want to make elections as participative as possible," said Ashok Lavasa, one of the three election commissioners. "This is a manifestation of democracy's deep roots in India."

Rules mandate that no voter should have to travel more than 1.24 miles to vote. 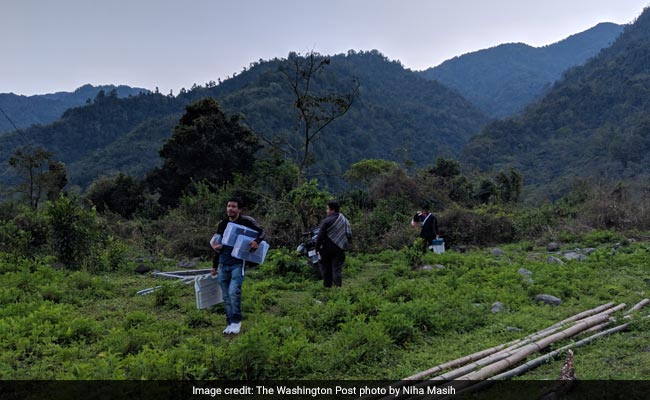 Conducting elections in the world's largest democracy is a herculean task. Rules mandate that no voter should have to travel more than 1.24 miles to vote.

In Gujarat, a team will cross a lion-infested jungle to find a single voter. In the region of Ladakh, high in the Himalayan mountains, teams will be airlifted before trekking for one day with oxygen cylinders to reach voters. On the Andaman and Nicobar Islands, the teams braved crocodile swamps for nine voters.

The lengths to which India goes to reach voters is a reflection of its commitment to universal franchise: Unlike in the United States, all adults in India have had the right to vote since the country's first election.

To conduct the poll, the Election Commission relies on more than 11 million government employees and security personnel who temporarily become election officials. Mr Bam, a 35-year old engineer in Arunachal Pradesh, the country's most sparsely populated state, was one of them. His task: to set up a polling booth in Malogam, a remote hamlet in forested mountains close to the border with China and more than 1,600 miles from New Delhi.

According to the last census, conducted in 2011, Malogam had five residents but only one registered voter this time - Sokela Tayang.

The journey of Mr Bam's team began two days before the first phase of the election on April 11. They started in Hawai, the district headquarters, a small town nestled high in the mountains at an altitude of 3,600 feet.

They carried two sets of voting machines, a thick sheaf of paperwork and utility items, like a bucket and battery-operated lamp.

They set out early the next morning, juddering over potholed roads overlooking a shimmering river valley.

The drive was only the start. In the late afternoon, they began trekking on a narrow forest path barely wide enough for one person. Mr Bam treaded lightly, deftly swatting wild overgrowth while keeping an eye out for snakes.

During the hike, a problem emerged. Locals told them that Sokela Tayang, the voter they had come all this way to meet, had left the area. But Mr Bam was not deterred: He decided to set up the polling booth closer to the road and try to get word to her through villagers.

They zeroed in on a ragged tin shed at the edge of the forest and borrowed rickety plastic chairs and cobwebbed tables from a nearby villager. A local administrator came by to review and approve the preparations.

By then, darkness had descended. The team walked to the nearest hutment - with no toilet, no electricity, no cellphone signal - to bunk down for the evening. They ate a simple meal of rice and lentils, then spent the night on a bamboo floor above a chicken pen. The next morning, the crowing of roosters woke them up at the crack of dawn: election day.

Mr Bam's team first had to conduct a mock poll at 5 a.m., per commission rules. The exercise is done for the benefit of candidates or their representatives to show that machines are working properly and no votes are already recorded. Even for a single voter, the practice poll required 50 mock votes. There would be no cutting corners. 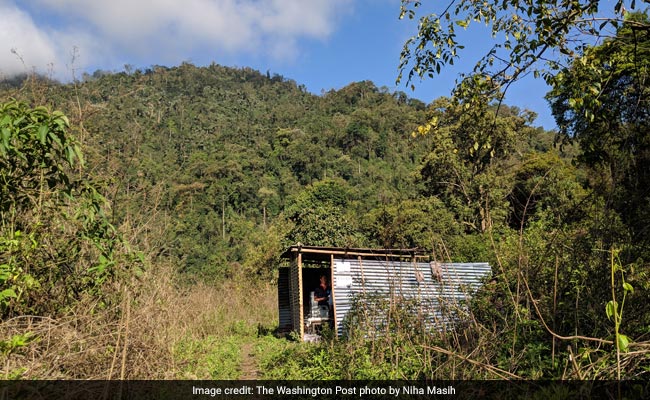 The polling booth in the tin shed was open for business on time, at 7 a.m., the official start of voting across India.

The polling booth in the tin shed was open for business on time, at 7 a.m., the official start of voting across India.

Sokela Tayang did not disappoint. Like Mr Bam and his team, the 42-year-old farmer had also put in an effort to vote. Tending to her sick mother, 125 miles away, she returned to Malogam only to cast her ballot.

She arrived just after 8:30 a.m. She was offered a yogurt drink and asked to wait under the shade while they dealt with a last-minute glitch with the voting machine.

As an election official recorded video, Sokela Tayang walked into the shed, showed her identification card and had her finger dabbed with purple ink. She stepped behind a piece of plywood to cast her vote. The machine beeped loudly. It was over in less than two minutes.

She had some requests for her elected representatives. "We want to ask for jobs and development through our vote," Sokela Tayang said. Looking around at the surrounding wilderness with disappointment, she said, "Our area is still a jungle and needs to be developed."

After a round of selfies, she thanked the team for the trouble they had taken. But while Sokela Tayang's work was over within minutes, Mr Bam's task was far from finished. The polling booth was required to stay open until the official close of voting at 5 p.m. There was tedious paperwork to complete, including a 67-item checklist. Then the voting machines needed to be sealed four times.

"Even a pencil has to be accounted for," Mr Bam said with a laugh.

After wrapping up the paperwork, they packed up the machines and set off once more down the winding road. It would still be another day before they reached home. But for now, their job was done.