The Prime Minister also claimed that the Chandrababu Naidu government was taking all the credit for the centre's PM-Kisan scheme. 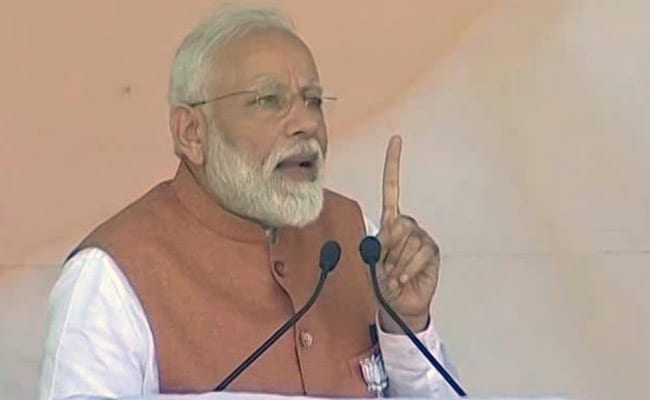 Prime Minister Narendra Modi said he has done a lot for Andhra Pradesh since he came to power.

Prime Minister Narendra Modi today launched a scathing attack on the Telugu Desam Party (TDP), alleging that Andhra Pradesh Chief Minister Chandrababu Naidu had decided to quit the National Democratic Alliance last year because he was unable to account for his administration's spending of central funds.

"When this chowkidar sought accounts from the U-Turn Babu, he took a U-Turn from the state's growth and split from the National Democratic Alliance," PM Modi said at an election rally in Andhra's Kurnool today. By calling Mr Naidu a "U-Turn Babu", he was hinting at the TDP's decision to leave the ruling alliance at the centre over the nonfulfillment of an assurance to extend special status to Andhra Pradesh after its bifurcation in June 2014.

"When we raised the question on corruption, the U-Turn Babu snapped ties with the National Democratic Alliance. Now he has joined up with people who ride the bail gaadi," the Prime Minister said, referring to the TDP's decision to ally with the opposition Congress.

PM Modi had earlier said that people term the Congress as a "bail gaadi" because many of its senior leaders are out on bail in various cases. Bail gaadi is a pun on the Hindi word for bullock cart.

Addressing BJP supporters at the rally, the Prime Minister also claimed that the Chandrababu Naidu government was taking all the credit for the centre's PM-Kisan scheme. "The U-Turn Babu has pasted his sticker on the PM Kisan scheme. This scheme will benefit 82 lakh farmers from Andhra Pradesh," he said.

PM Modi, who often refers to himself as India's chowkidar (watchman), said it was during his rule that the foundation stone for the Vizag-Chennai industrial corridor was laid, and approval granted for the first National Institute of Ocean Technology. "Five years ago, your one vote made me PM. I have worked selflessly day and night for the people of the country. The chowkidar has always kept the state's interests in mind," he said.