Sources in the party said the Prime Minister will address at least four more rallies in the Mamata Banerjee-ruled state. 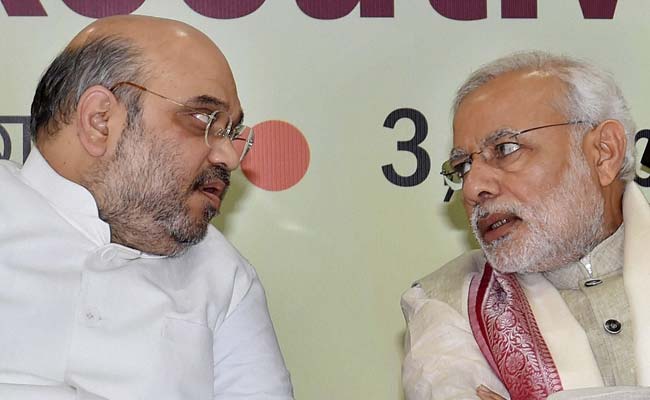 Campaigning ahead of the last two phases of the national elections is expected to reach a hectic pitch, especially in the BJP camp. With elections yet to be held 118 seats - mostly in the crucial Hindi heartland - Prime Minister Narendra Modi and BJP chief Amit Shah are squeezing as many rallies as possible into their packed schedules. The BJP strategists are especially focussing on the states that are not governed by the party - especially Bengal, Punjab and Madhya Pradesh -- and the party is planning to push in all energy to grab the maximum number of seats going to polls.

Sources in the party said the Prime Minister will address at least four more rallies in the Mamata Banerjee-ruled state. The BJP already rules all of northeast and Bengal, which has the third highest number of seats after Uttar Pradesh and Maharashtra, has received special attention from the party.

The state, which saw a highly polarised campaign, witnessed two rallies by the Prime Minister today. Two more will be held on May 9. Another two will be held ahead of the last phase of election in the state, where the BJP is hoping to wrest 23 seats - more than half of the overall 42.

Besides, party chief Amit Shah is also expected to focus on Bengal and Congress-ruled Punjab.

In Uttar Pradesh, where the BJP won 72 seats last time, the battle is expected to be hard fought, with opposition Mayawati joining hands with her arch-rival Akhilesh Yadav. The Congress, which is contesting solo, is the third angle in this triangular contest.

Two rallies by the Prime Minister have been planned in Uttar Pradesh on May 9.

In Haryana, BJP's Chief Minister Manohar Lal Khattar has admitted to some negativity, but said "pro-incumbency" is so strong that it would not matter. His party, however, doesn't seem to agree.  The party plans to three more rallies in Haryana on May 8 and 10.

The last day of campaigning is May 17 - two days before election ends on May 19. The counting of votes will take place on May 23.