Shiv Sena's Arvind Sawant - the sitting member of parliament from South Mumbai constituency - is confident of securing a second term.

Congress's Milind Deora says he lost in 2014 due to "Modi wave".

With Lok Sabha polls just a week away, election fever runs high in Mumbai, the financial capital of the country, which votes in the fourth phase on April 29.

Shiv Sena's Arvind Sawant - the sitting member of parliament from South Mumbai constituency - is confident of securing a second term but Milind Deora of the Congress, who is also contesting from the Lok Sabha seat, feels "anti-incumbency" sentiment in the constituency will work in his favour.

In 2014, Mr Sawant had won with a huge margin of over 1,28,000 votes. This time, he expects to "better his performance", hoping to ride on what he calls Prime Minister Narendra Modi's "undiminished popularity".

Speaking to NDTV, Mr Sawant says: "We have to consider factors at the local and national level when it comes to elections. We are undoubtedly lucky to have a tough Prime Minister. And the way he has served the nation, everyone feels he should be elected again. On my part, I will make sure we win with a huge margin in South Mumbai."

Mr Sawant, in the 2014 elections, secured 48 per cent of the votes in South Mumbai that has traditionally witnessed a two-cornered contest between the BJP and the Congress. But in 2014, the seat was given to the Shiv Sena as a part of BJP's seat-sharing deal.

Spread from Worli till Coloba, South Mumbai has a mixed population of slum dwellers, middle class people and the wealthiest lot of the city. 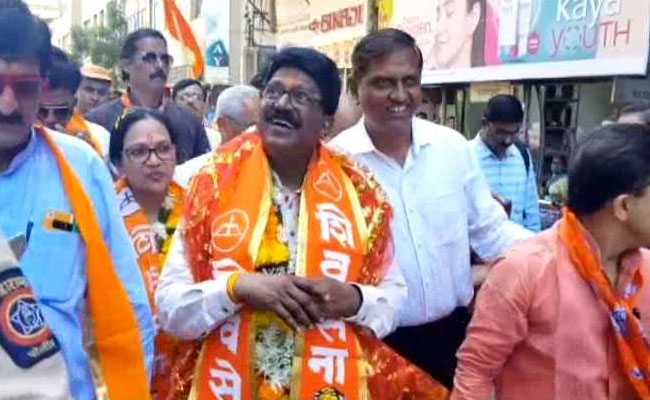 Shiv Sena's Arvind Sawant - the sitting member of parliament from South Mumbai constituency - is confident of securing a second term.

A two-time lawmaker, Mr Deora is again contesting from this seat. His father, Murli Deora contested this seat from 1980 until 2004 when Milind Deora took over. He won the 2004 and 2009 elections but lost in 2014; he blames the defeat on the "Modi wave".

"But I don't think there is any Modi wave now. There was a Modi wave in 2014 and a wave against the Congress-led UPA. But I am going to go to people of South Mumbai and tell them that last time we voted for a Shiv Sena lawmaker, who has done nothing and comes only once every five years and demands votes in Modi's name and they must look at the good candidate and a good MP," he says.

He refers to the various civic issues in the constituency, including the crumbling infrastructure.

Rebutting the allegations, Mr Sawant says: "In the last five years, I have been the only lawmaker who has represented the locals at national level."

Countering Mr Sawant, Mr Deora says: "Unfortunately on all these issues, Mr Sawant has failed to deliver. He is not reachable. Locals don't know where he sits and how to reach to him."

Apart from the "anti-incumbency", as claimed by Mr Deora, Mr Sawant has to fight the credibility issue because of his constant criticism towards the BJP in the last five years. The sitting lawmaker has been a vocal critic of the BJP and their policies.