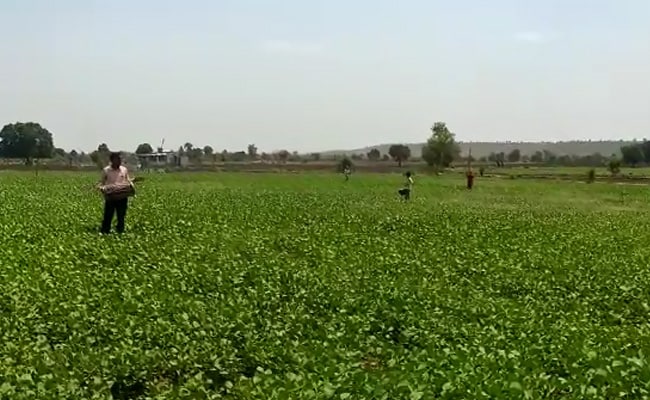 Farmers in Budhni and Nasrullaganj areas of Madhya Pradesh's Sehore district were seen beating utensils, as advised by the state agriculture department, to drive away locusts that have attacked standing crops on their farms. Disinfectants were also being sprinkled on trees and crops in these areas.

"Locusts can be scared away by producing noise by beating of drums and utensils. Chemicals, especially Chlorpyriphos 20 EC diluted in water, can be sprinkled on crops. There is a possibility of great damage to the crops due to locusts. The Agriculture Department and administration is keeping an eye on the issue," agriculture scientist Jainendra Kanaujia was quoted as saying by news agency ANI.

The state agriculture department and district administration were monitoring areas on directions of the Collector. Four teams of the central government, besides teams of state agricultural development, were also on ground, spraying chemical sprays with the help of tractors and fire-brigade vehicles to break the swarm of locusts.

The desert locust is a short-horned grasshopper known to devour everything in its path, threatening food supply and economic growth. They mostly enter the Indian subcontinent around June and July.

A large swarm of locusts entered the Indian states of Rajasthan, Punjab, Haryana, Uttar Pradesh and Madhya Pradesh last week, a spokesperson of the union Ministry of Environment, Forest and Climate Change had said. Locusts have also entered parts of the drought-prone Vidarbha region in Maharashtra.

Experts warned that if the swarms are not controlled soon enough, they can destroy the standing Moong cereal crop worth around Rs 8,000 crore. The locusts will also damage nurseries of fruits and vegetables. They said if the insects are not controlled and travel to long distances, cotton and chilly crops worth several thousand crores could also be damaged.