Locket Chatterjee had forayed into politics with the TMC before severing ties in 2015 and joining the BJP. 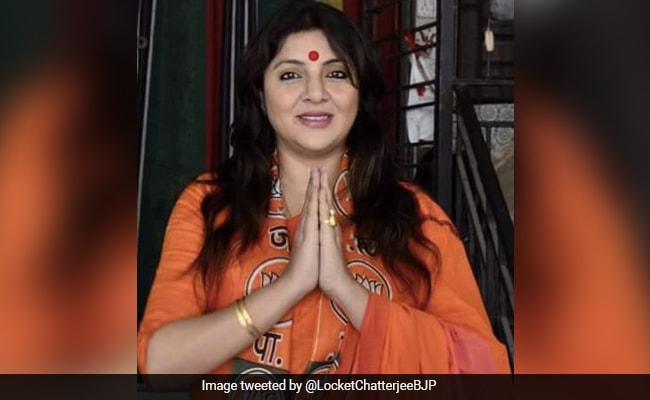 Locket Chatterjee had contested her first election, unsuccessfully, on a BJP ticket

In battleground West Bengal, the BJP, following its emphatic performance in the 2019 Lok Sabha elections, made its intentions clear right at the beginning - that they would go for the jugular. Union Home Minister Amit Shah said the BJP was not just looking at forming the government in the Mamata Banerjee-ruled state but also take the tally beyond 200 seats. And, therefore, they didn't leave any stone unturned.

The BJP decided to field at least four parliamentarians, a not-so-usual occurrence. One of them was Locket Chatterjee, who contested from Bengal's Chinsurah, an assembly segment in her own Lok Sabha constituency.

Born in West Bengal's Dakshineswar, the 46-year-old actor-turned-politician has been instrumental in building the BJP's election machinery from ground up in the Trinamool Congress (TMC) bastion. However, and very interestingly, she, too, forayed into politics with the TMC before severing ties in 2015 and joining the BJP.

Ms Chatterjee contested her first election, unsuccessfully, on a BJP ticket from Mayureshwar - an assembly constituency in the state's Birbhum district - during the 2016 assembly polls that the Mamata Banerjee-led TMC swept with 211 seats.

However, it's been smooth sailing since then for her. A year after that loss, she replaced Rupa Ganguly as the president of the BJP's Mahila Morcha in the state and the 2019 General Election results saw the BJP making deep inroads into the TMC citadel.

On the campaign trail, Locket Chatterjee came under attack from the TMC chief as well as other party representatives. In a tongue-in-cheek remark, without naming Ms Chatterjee, the Bengal chief minister had said that one of the BJP MPs is contesting from Chinsurah, adding she might go on to contest civic polls next, followed by the Gram Panchayat election and then the school board poll. On April 10, Ms Chatterjee's car - and those of the press - was allegedly attacked by a group of angry locals at a polling booth in the Hooghly district.

Unfazed, Locket Chatterjee ran, what can be described as, an unusual but colourful campaign. One day she was pedalling a bicycle, on another, she was seen taking a ride on a bullock cart and then on a boat on the Hooghly river. But if the initial trends are anything to go by, it doesn't appear to be a smooth ride for Ms Chatterjee in Chinsurah. Not only is she trailing behind Asit Mazumder (Tapan) of the TMC but also Ajanta Sarkar of SP(I), who is currently in the second spot.

The ruling TMC in pole position to form the government has crossed the 200-mark. The BJP, on the other hand, is leading in 122 constituencies. The count is still on to see if poll strategist Prashant Kishor gets his prediction of less than 100 seats for BJP right.