Last year, the Centre had introduced the Market Intervention Scheme for apples for the 2019 season 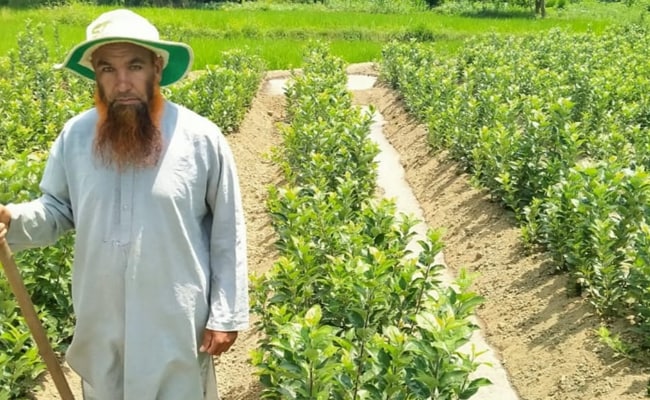 The Apple Industry is the backbone of Jammu and Kashmir's economy.

Highlighting the angst of Jammu and Kashmir apple growers who haven't been able to sell their crop because of the coronavirus pandemic and lockdowns, Lt Governor GC Murmu has written to the Ministry of Home Affairs, demanding extension of the Market Intervention Scheme under which the government procures the produce.

"The breakout of COVID-19 has disrupted the market supply chain yet again and has created unique challenges for marketing apples. This has necessitated the extension of scheme for at least one more year. I request the Government of India to extend the market intervention scheme for apple of Jammu and Kashmir for 2020-21. An agreed implementation mechanism with NAFED is already in place," the letter said.

Last year, the Centre had introduced the Market Intervention Scheme for apples for the 2019 season. It had procured 15.9 thousand metric tonnes of apple at a total cost of Rs 70.52 crore. The move had played an important role in stabilising prices and preventing distress sales.

The officers are waiting for a go-ahead from the government to extend the scheme. "We are waiting for a final go ahead and then we will start procurement this season too," a senior bureaucrat in the MHA told NDTV.

"Traders are given tokens so that they don't crowd market places. As per quality and grading and quantity of their apples, a slip is given and then government transfers money directly to their banks via the Internet," he explained. 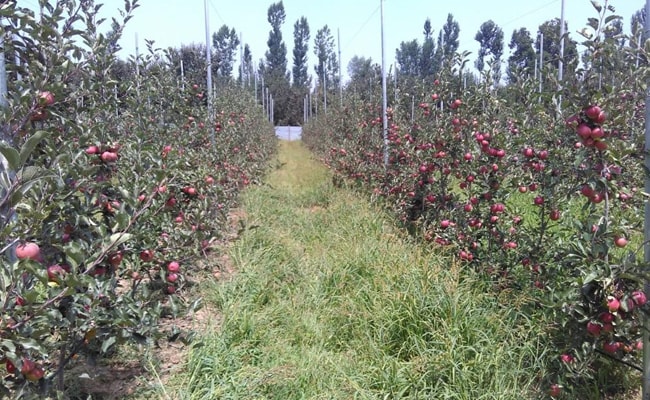 Jammu and Kashmir accounts for around 84 per cent of total apple production in the country.

The Apple Industry is the backbone of Jammu and Kashmir's economy. With a production of more than 2 million metric tons and a market size of Rs 10,000 crore, the Union Territory accounts for 84 per cent of the total production of the fruit in the country

The apple industry, which provides employment to around 27 per cent people in Jammu and Kashmir, has been facing losses primarily due to frequent closure of the national highway between Srinagar and Jammu, lack of market integration and information asymmetry.

"The MIS for apple for Jammu and Kashmir empowered the apple grower and increased their confidence. It ensured the take-off of private trade under extremely challenging circumstances. The procurement was directly from growers and the response to the scheme was overwhelming," a senior officer in the Valley said.

Apple growers say the scheme helped them a great deal last year, when the former state remained shut after the revocation of its special status.

"This scheme is very good for us. Last year, after Article 370 was abolished, we were very worried about our produce but the Centre helped us. We did not suffer any loss. Hope this year too they approve this scheme," Abdul Wani of Shopian told NDTV.

"Due to corona this year, we are facing a lot of issues related to transport. We have to get tested before we are allowed to go out of Kashmir; that's why we want the government to allow procurement through NAFED this year too," said Jaffar Ahmed Mir, an apple grower.

According to him, last year, through the MIS, money was transferred directly to individual bank accounts. "For a box, I got the entire money. I did not have to pay any aggregator in between," he explains.

Majority of fruit growers in the Valley have same experiences with the scheme.

"Few major mandis in Srinagar, Parampora, Shopian in the Valley and Narwal in Jammu were allowed to operate during coronavirus times, also for cherry. We were able to send plums too but marketing apples is going to be a big challenge, so we hope Delhi listens," Aijaz Bhat, Director, Jammu and Kashmir Horticulture, said.