Dozens of cities in China - one of India's biggest trading partners - are under a lockdown amid the outbreak of coronavirus, declared a global health emergency by the World Health Organization. 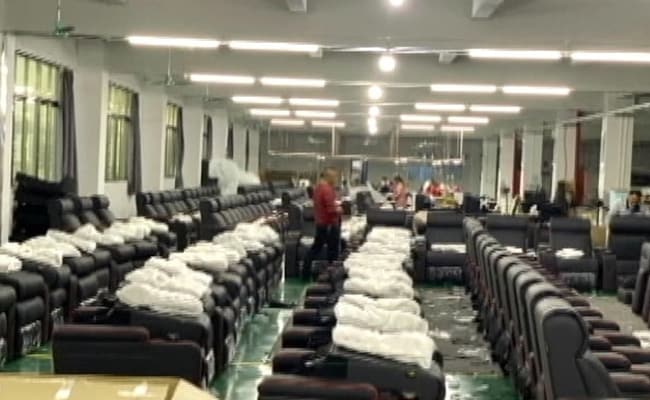 Coronavirus, that originated in China's Wuhan city, has affected more than 20 countries.

The outbreak of coronavirus in China - where more than 1,000 people have been killed by the lethal disease and over 40,000 have got infected - has hit trade in the region, becoming a cause of concern for Indian businessmen.

Dozens of cities in China - one of India's biggest trading partners - are under a lockdown amid the outbreak of coronavirus, declared a global health emergency by the World Health Organization. Indian businessmen, who have manufacturing units in the east Asian country, are worried as uncertainty prevails over the return of normalcy.

Dipanker Dutta, owner of manufacturing unit of cinema seats and recliners in Foshan city of Guandong province of China, is one such businessmen; his factory has been temporarily shut till the situation improves.

Mr Dutta and other businessmen like him are in touch with their clients regarding delayed deliveries. The employees working at these units are as worried.

"Local administration will allow people to come back to the city after February 18. After February 18, there will be a 14-day isolation period. They will be allowed work in the factory only after all the protocols are followed. So we still don't know when we can reopen the factory," Mr Dutta told NDTV in an interview.

Darren Cui, a production manager and a Chinese national, told NDTV, "We have been tremendously affected by the outbreak and our factory has been kept shut due to protocols. We don't know when we will be able to open."

Mr Dutta's clients in US and Europe who will bear the brunt of the delay.

He says he is fortunate that he hasn't lost business but fears dip in profits as shipping costs are likely to go up when production actually begins.

He is also pulling out of an exhibition that would have fetched more business. "It's the biggest show of cinema exhibitors in the world. Exhibitors from all around the world come for this show in Vegas. We had to send out samples but right now we don't have confirmation when we can start," Mr Dutta said.

With manufacturing units temporarily shut in China, many metal exporters are feeling the pinch.

The chemicals and pharmaceutical industries imports are also likely to affected.

Industry bodies are planning to brace for the fallout of the shutdowns at a time when the Indian economy is already in a slump.

Ashish Vaid, president of the Indian Merchants Chamber, told NDTV, "It (China coronavirus lockdown) has created an issue in the supply chain. It has also resulted in a slump of lot of metals like iron ore, copper and aluminum because China was one of the biggest importers of all these things. It's a bad situation but we hope the China will contain the outbreak." More than 20 countries are affected by the global health emergency.

The WHO has labelled coronavirus as "public enemy number 1".

China's highest political body, the Standing Committee of the Political Bureau of the Communist Party of China (CPC) Central Committee, on Wednesday held a meeting on the prevention and control of the pneumonia epidemic caused by the novel coronavirus or COVID-19.