The Centre on Friday said the local administration in Kashmir has the right to confiscate the equipment of cable operators allegedly airing unauthorized Pakistani channels and take action against them. 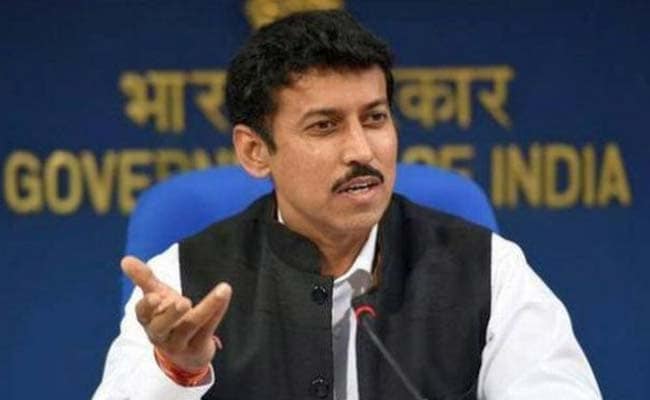 RS Rathore was reacting to reports that over 50 'anti-India' channels were illegally running.

New Delhi: The Centre on Friday said the local administration in Kashmir has the right to confiscate the equipment of cable operators allegedly airing unauthorised Pakistani channels and take action against them.

Stating that the government has sent an advisory, Union Minister Rajyavardhan Rathore underlined that such advisories are regularly sent by the Centre on unauthorised channels.

"We also monitor whenever such news comes up. It is our work to ask for report about such incidents. The action is being taken," he said.

Mr Rathore said it is the responsibility of the local administration to monitor unauthorised channels in their area and they have the right to take action against them.

Promoted
Listen to the latest songs, only on JioSaavn.com
"In Kashmir, the district collector or the authorised government official can confiscate the equipment and take action against cable operators," he said while speaking to reporters on the sidelines of an event in New Delhi.

The minister was responding to reports that over 50 Saudi and Pakistani channels besides Zakir Naik's banned Peace TV and others indulging in "anti-India" propaganda were allegedly running without necessary clearances via private cable networks in Kashmir.
Comments
Pakistani channelsKashmir unrestKashmir protestMinistry of Information and BroadcastingRajyavardhan Singh Rathore