Junior doctors in West Bengal are on a strike since Tuesday after two of their colleagues were attacked and seriously injured allegedly by relatives of a patient who died at NRS Medical College and Hospital in Kolkata. 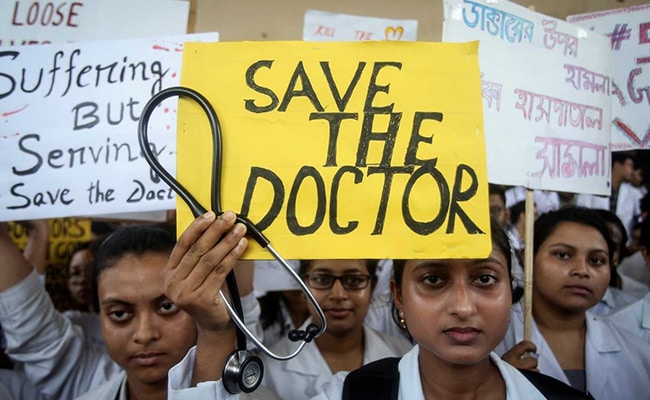 The doctors' protest in Bengal enters the fifth day today.

As the doctors' strike in West Bengal has entered the fifth day today, Chief Minister Mamata Banerjee has said she accepts all valid demands of the protesting doctors and requested them to return to work. Ms Banerjee, addressing the media this evening, said "State government is committed towards resuming normal medical services at the soonest." The doctors' stir has now spread to other parts of the country. Nearly 300 doctors resigned from the government hospitals in West Bengal on Friday amid protests against an attack on their colleagues. Junior doctors in West Bengal are on a strike since Tuesday after two of their colleagues were attacked and seriously injured allegedly by relatives of a patient who died at NRS Medical College and Hospital in Kolkata.

Here are the highlights of the Doctors' protest across India:

West Bengal CM, Mamata Banerjee: I do not want to invoke Essential Services Maintenance (ESMA) Act in the state. I want the junior doctors to resume work as we have accepted all their demands. pic.twitter.com/dZNZAvv0J7

West Bengal CM: We've accepted all their demands. I had sent my ministers, principal secy to meet the doctors, waited for 5 hours to meet doctors delegations yesterday & today, but they did not come. You have to give respect to the constitutional body. https://t.co/MzQnUL6iJw

"We accept all the demands (of doctors). I appeal to them to return to work as people are suffering": Mamata Banerjee, West Bengal chief minister pic.twitter.com/g5cpl1ffUm

West Bengal CM Mamata Banerjee: I appeal to all doctors to resume work as thousands of people are awaiting medical treatment. #DoctorStrikepic.twitter.com/0v8rDxuGFN

Jun 15, 2019 18:18 (IST)
Mamata Banerjee says: "State government is committed towards resuming normal medical services at the soonest. The incident on 10th June was unfortunate. We had continuously tried to reach a solution."
Jun 15, 2019 18:16 (IST)

West Bengal government: State is fully committed to take necessary steps. State has taken the decision to bear all the expenses of medical treatment of the junior doctor who is admitted at a private hospital. #DoctorsStrikepic.twitter.com/iGpPaCoTNg

Jun 15, 2019 15:49 (IST)
Union health minister Dr Harsh Vardhan has written to Chief Ministers of all states and Union territories drawing their attention for strict action against any person who assaults doctors. "Strict action against any person who assaults them, must be ensured by the law enforcement agencies," he said.
Jun 15, 2019 14:37 (IST)
Resident doctor at All India Institute of Medical Sciences in Delhi continues with symbolic protest by wearing helmet. 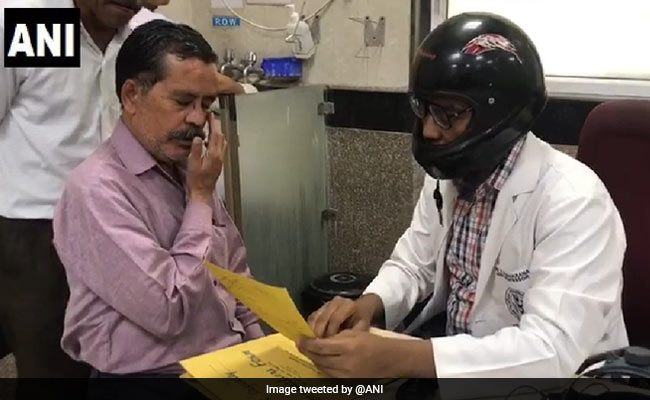 Jun 15, 2019 11:20 (IST)
AIIMS, Safdarjung doctors issue 48-hour ultimatum to Mamata Banerjee
Resident doctors of AIIMS and Safdarjung Hospital, who boycotted work on Friday in protest against attacks on their colleagues in Kolkata, have now given a 48-hour ultimatum to West Bengal Chief Minister Mamata Banerjee to meet the demands of the state's agitating doctors, failing which they said they would go on indefinite strike.
Jun 15, 2019 11:10 (IST)
If condition worsens, will go on strike: Chief of AIIMS Resident Doctors' Association

Amrinder Singh Malhi, President, RDA (Resident Doctors' Association), AIIMS: All resident doctors are back to work but we will continue with symbolic protest by wearing black badges, bandages&helmets. If condition worsens we will go on indefinite strike from June 17. pic.twitter.com/nOxcqPCSsi 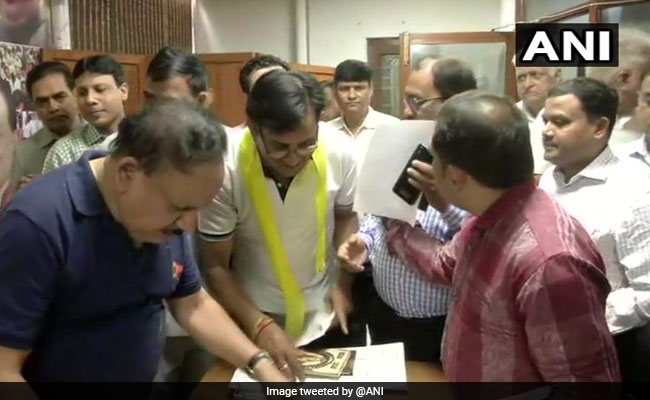 I would appeal all the doctors in the country not to resort to any strike because in their absence no one will be able to handle the plight of the patients. The profession of doctors is very kind & patients treat them their God. All problems can be solved through discussions.

Resident Doctors Association, AIIMS: We issue an ultimatum of 48 hours to West Bengal Govt to meet demands of the striking doctors there, failing which we would be forced to resort to indefinite strike at AIIMS. #Delhi 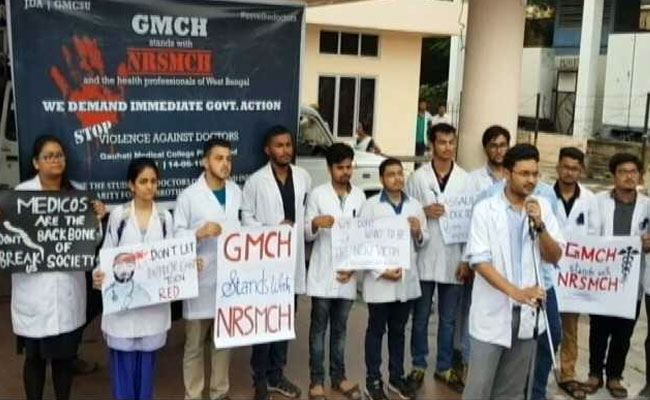