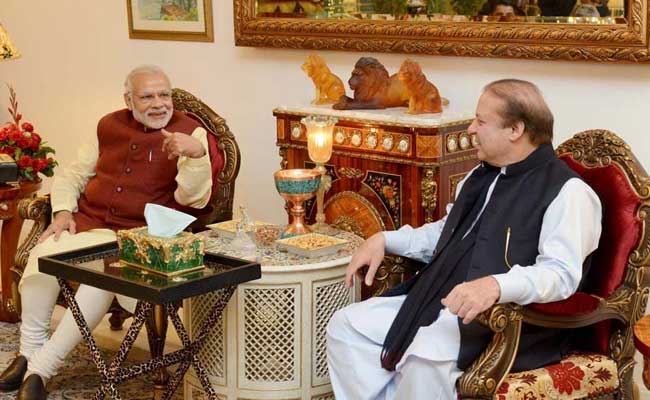 Relationship between the two nations has been tricky since the Pathankot attack in January. (File Photo)

New Delhi: A day after Pakistan said it wanted an exclusive dialogue with India on Kashmir, India responded saying it was ready for talks - but only on "relevant issues" that include cross-border terrorism and follow-up on the terror attacks in Mumbai and Pathankot.

The list, India said, will also include "infiltration of terrorists like Bahadur Ali, incitement to violence and terrorism across the border, parading of terrorists like Hafiz Saeed and Syed Salahudeen, and follow up on the Mumbai attack trial and the Pathankot attack investigation in Pakistan."

India has spoken repeatedly on the need to control cross-border terror from Pakistan.

Today, underscoring that addressing terrorism is "central to our engagement", External Affairs minister Sushma Swaraj said, "Unlike in the past, we can't agree that dialogue with sponsors and supporters of terrorism should carry on without being linked to action in that regard".

Pakistan's invitation for talks came as Prime Minister Narendra Modi, at an all-party meet on Kashmir yesterday, said, "Pakistan Occupied Kashmir is ours" and blamed the current unrest in Jammu and Kashmir on cross-border terrorism.

While Pakistan denied that terrorists were crossing over to India, investigators have said the revelations of arrested Pakistani terrorist Bahadur Ali point to the neighbouring country's involvement in the ongoing unrest in the state.

Bilateral dialogue with Pakistan was suspended after a group of armed terrorists attacked the Indian air base at Punjab's Pathankot in January. After its team visited the air base, Pakistan said India has failed to provide enough evidence that the attack was carried out by terrorists from across the border.

Last month, after Pakistan eulogized terrorist Burhan Wani, whose killing on July 8 had unleashed the five-month long unrest, Ms Swaraj, in a sharp rebuke, said Pakistan's stated goal of detaching Kashmir from India will "not be realised to the end of eternity".