Lecturer whose hand was chopped off acquitted of 'hurting religious sentiments' 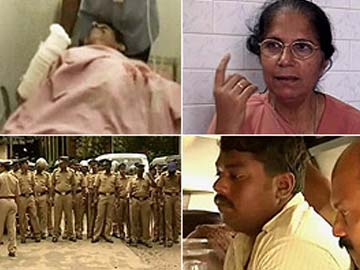 Idukki, Kerala: A Kerala college lecturer whose hand was chopped off allegedly by radicals over his comments on the Prophet Mohammed in a question paper, has been acquitted by a court of charges of hurting religious sentiments, reports PTI.

The Chief Judicial Magistrate at Thodupuzha on Wednesday let off TJ Joseph, accepting his plea that he had prepared questions for the graduate course "without any mala fide intention."

Mr Joseph, a former lecturer of Malayalam literature at the Newman College, was attacked on his way to church in July, 2010, by religious activists who chopped off his right hand.

The attackers allegedly told him he was being punished for his "sacrilegious" reference to the Prophet in the question paper he had set for second-year students.

Promoted
Listen to the latest songs, only on JioSaavn.com
Despite the shock and condemnation that followed the attack, Mr Joseph was sacked by his college. (read) His plea challenging the dismissal is pending before the University Appellate Tribunal.

Mr Joseph was quoted by PTI has saying that he is writing a book about his experience, which will be published only after the case is over.