The lawyer -- Gunratna Sadavarte -- was attacked by a man of the Maratha community who was part of the crowd gathered outside the high court. 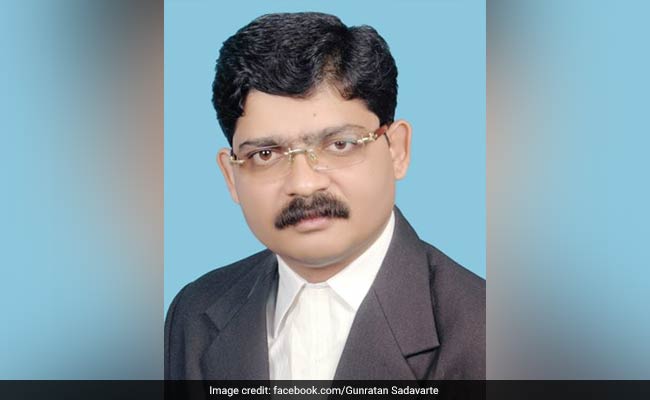 The incident took place when the petitioner, Gunratna Sadavarte, was talking to media on the quota issue.

A lawyer who had filed a petition in the Bombay High Court against the new legislation providing reservation to the Maratha community in Maharashtra was attacked outside the court premises today, a police official said. The incident took place when the petitioner, Gunratna Sadavarte, was speaking to the media outside the high court on the quota issue, he said.

A person of the Maratha community, who was part of the crowd gathered outside the high court, stepped forward raising the slogan "Ek Maratha Lakh Maratha" in support of the reservation.

He then lunged at Mr Sadavarte and hit him, the official said.

Policemen and lawyers present at the spot caught hold of the attacker immediately, identified as Vaijanath Patil from Jalna district, the official said.

Mr Patil was then detained by police, the official said, adding that an investigation was underway into the incident.

Last week, a bench of Chief Justice Naresh Patil and Justice MS Karnik, which was hearing Mr Sadavarte's Public Interest Litigation (PIL), had agreed to grant a detailed hearing today to all pending petitions on the issue.

Mr Sadavarte in his PIL has opposed the Maharashtra government's decision to provide 16 per cent reservation in government jobs and educational institutions to the Maratha community in the state.

The PIL claimed the new law was in violation of the Supreme Court's previous orders, mandating that caste- and community-based reservation in states must not exceed 50 per cent.

Maharashtra Governor C Vidyasagar Rao had last week approved and signed the Maratha Reservation Bill after the state Assembly had unanimously passed it.