Largest US Museum To Return Two Ancient Sculptures To India

The Met, one of New York's most popular destinations, said the stone sculpture of Durga Mahishasuramardini was donated to the museum in 2015. 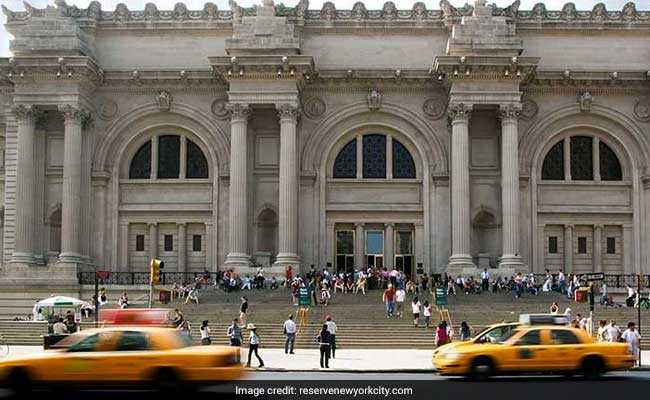 The Met is one of New York's most popular destinations.

An eighth-century stone sculpture of Goddess Durga and a limestone sculpture from the third century will be returned to India by the Metropolitan Museum of Art, the largest museum in the US.

The Met, one of New York's most popular destinations, said the stone sculpture of Durga Mahishasuramardini was donated to the museum in 2015.

In the course of research, the museum's staff recognised it from the 1969 publication 'The Archaeology of Kumann' by K P Nautiyal, in which the Durga was described as being housed in the Chakravarteswara Temple at Baijnath, a medieval capital in Uttarakhand, in northern India.

The museum contacted the Archaeological Survey of India, and The Met and India signed an agreement for its return in April 2018.

The limestone sculpture 'Head of a Male Deity' was donated to the museum in 1986. The staff recently determined that it was part of the excavated inventory of the Nagarjunakonda Site Museum and offered to return it earlier this year. The two sculptures will be sent to India later this week.

"The museum is committed to the responsible acquisition of archaeological art, and applies rigorous provenance standards to its collections. The return of these objects to India is warranted, and the museum is grateful for our long-standing, collaborative relationships with colleagues and scholarly institutions in India," the museum said in a statement here.

The Consulate General of India said it will continue to work closely with the Museum and other US authorities and institutions to identify Indian archaeological art that belongs in India.