After four weeks of space travel, the spacecraft completed its Lunar Orbit Insertion (LOI) as planned, the Indian Space Research Organisation (ISRO) said in a statement. 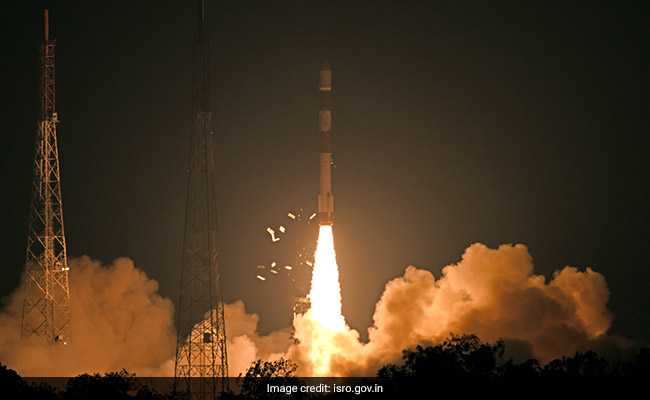 Chandrayaan 2 to soft land in the south polar region of the moon on September 7.

Congratulations to Team @isro on #Chandrayaan2 entering the Moon's orbit. This is an important step in the landmark journey to the Moon.

Best wishes for its successful culmination.

After four weeks of space travel, the spacecraft completed its Lunar Orbit Insertion (LOI) as planned, the Indian Space Research Organisation (ISRO) said in a statement. The insertion "was completed successfully today at 0902 hrs IST (0332 GMT) as planned, using the onboard propulsion system. The duration of manoeuver was 1738 seconds," the space agency said.

"Our heart almost stopped for 30 minutes till the job was done... Three more manoeuvres are to be completed. The next is tomorrow around 1 pm. The big event is on September 2 when the lander will be separated," a visibly excited ISRO Chairman K Sivan told reporters today.

The spacecraft will perform a series of orbit manoeuvres in the next few days before attempting a soft landing on the moon on September 7, the space agency said.

Today's lunar orbit manoevre was one of the trickiest operations in the moon mission. A higher-than-expected approach velocity would have bounced off the spacecraft into deep space, while a slow approach would have led to the moon's gravity to pull Chandrayaan 2 and crash it on the lunar surface.

The process of setting down Chandrayaan 2 on the moon is very complex since it blasted off at a velocity of 39,240 kilometres per hour, which is almost 30 times the speed at which sound travels through air.

Chandrayaan 2, billed as ISRO's most complex and prestigious mission, will make India the fourth country to soft land a rover on the lunar surface after Russia, US and China.

According to the space agency, on the day of landing - estimated on September 7 -- the lander Vikram will separate from the Orbiter and then perform a series of complex manoeuvres.