Chiranjeev Rao credited his victory to the party workers and said that the margin of his victory was less as four-time Gurugram MP Rao Inderjit Singh had made the seat "an issue of prestige". 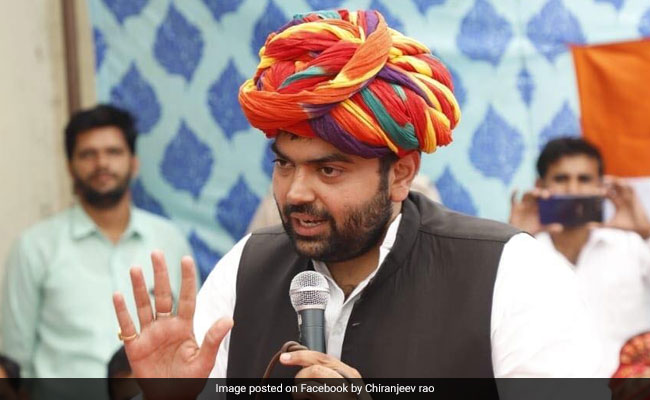 Good news came from Haryana for jailed Rashtriya Janata Dal chief Lalu Prasad, as Chiranjeev Rao, who is married to his sixth daughter Anushka, won from Rewari as a Congress candidate in the Haryana assembly election.

Mr Rao credited his victory to the party workers and said that the margin of his victory was less as four-time Gurugram MP Rao Inderjit Singh had made the seat "an issue of prestige" and Prime Minister Narendra Modi, BJP President Amit Shah and Chief Minister Manohar Lal Khattar campaigned in his constituency.

The Congress leader cited his slim victory margin to Rao Inderjit Singh having "made this seat an issue of prestige and thus, he and his daughter (Aarti) campaigned extensively for the BJP candidate".

"While for us, none of the top party leaders campaigned in the constituency," he added.

"I won the seat due to the hard work of my party workers, who believed in me," he said.

According to party leaders, Mr Rao was set to face Rao Inderjit's daughter Aarti in the poll but this did not materialise due to the BJP's policy of not giving ticket to the relative of any lawmaker. Mr Rao got a vote share of 27.82 per cent, while the BJP candidate, Sunil Kumar, got 26.99 per cent vote share.

On his future plans, Mr Rao told IANS: "I want to work for the people of Rewari and I want to focus on to improve the medical system in my constituency as well keep on demanding for the 75 per cent reservation for the youths in the private sector."