Kunal Kamra has been banned by IndiGo airlines for heckling a television journalist. 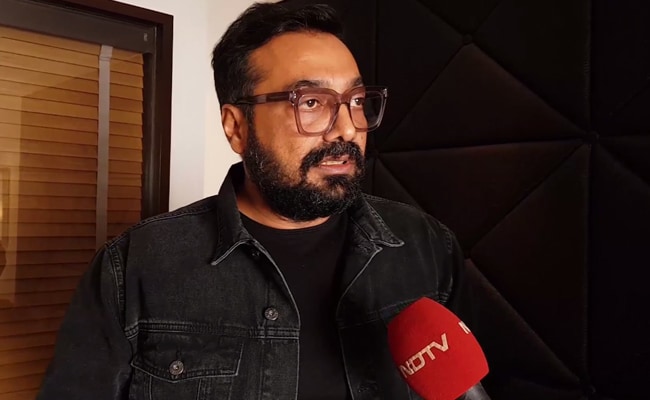 Anurag Kashyap said he wanted to register his dissent (File)

Filmmaker Anurag Kashyap, one of the most forceful critics of Prime Minister Narendra Modi and his government, on Monday claimed that he prompted organisers of an event in Kolkata to cancel his reservation on an IndiGo airlines flight to show solidarity with Mumbai-based comedian Kunal Kamra, who has been banned by the carrier for six months over his mid-flight heckling of a television journalist.

No @IndiGo6E .. on @airvistara .. in solidarity with @kunalkamra88pic.twitter.com/HagCufQf34

Mr Kamra was travelling in the same flight as the prominent TV editor last month when he heckled him. After the comedian shared the video of the episode on social media, causing a row, he was banned by IndiGo for six months. At the instance of Union Minister Hardeep Singh Puri, three carriers - Air India, SpiceJet and GoAir- also barred him from flying.

The travel ban was swiftly criticised by many, who pointed out the "hypocrisy" in banning Mr Kamra while allowing high-profile passengers - like BJP MP Pragya Thakur - to escape without punishment.

Mr Kashyap, who landed in Kolkata on Monday, explained in an interview to the Telegraph why he refused to fly with IndiGO.

"I was booked on IndiGo by the organisers. After Kamra was banned, I told the organisers I will not fly IndiGo. I told them I will not fly this airline because I thought the ban was very unreasonable. My thing is: there is nothing I can do about it. It does not make much of a difference. But as I wanted to register my dissent, I thought that I would not fly IndiGo. I want to fly Vistara," he said, adding he had to wake up at 4 am to board the Vistara flight.

Critics have pointed out that due process was not followed in banning Mr Kamra. Sources in the Director General of Civil Aviation (DGCA) have said normal procedure on receipt of a complaint was to form an internal committee, within 30 days, to probe the matter.

Last week, the captain of the IndiGo flight wrote to the airline's management, saying he was not consulted before the ban was placed.