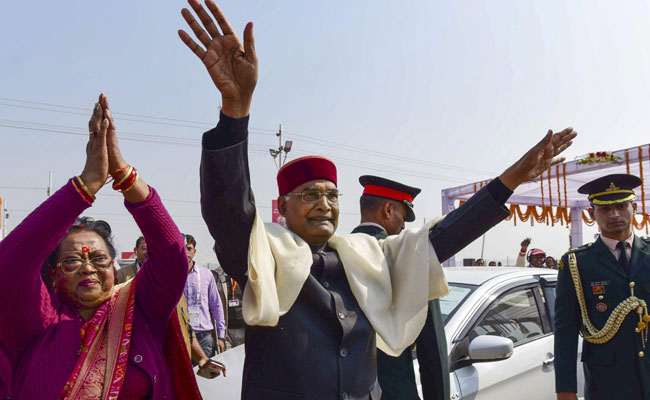 The President and first lady Savita Kovind reached the Bamrauli airport on a special plane of the Indian Air Force around 9:30 am. They were welcomed by Governor Ram Naik, Chief Minister Yogi Adityanath and several cabinet ministers, the officials said.

President Kovind and his wife participated in ''Ganga pujan'' in the Sangam area along with the governor, chief minister, his deputy Keshva Prasad Maurya and Health Minister Sidharth Nath Singh among others.

Sangam refers to the confluence of Ganga, Yamuna, and Saraswati rivers.