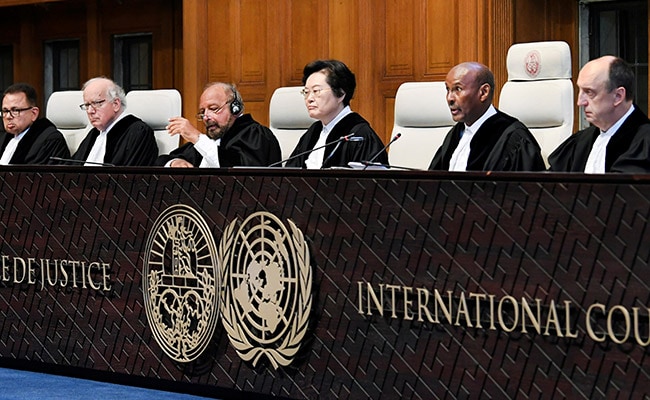 The International Court of Justice today ruled in favour to India in the case of former Navy officer Kulbhushan Jadhav who had been sentenced to death by a Pakistani Military court on charges of "espionage and terrorism". In its ruling, the Hague-based court affirmed Mr Jadhav's right to consular access and called on Pakistan to review and reconsider his conviction and sentence.

The court further said that Mr Jadhav's execution should remain suspended until Pakistan effectively reviews and reconsiders the conviction/sentence. The court also recognised Pakistan's breach of the Vienna Convention. The session today was held under the presidency of Judge Abdulqawi Ahmed Yusuf.

Kulbhushan Jadhav was arrested by Pakistan the March 2016 and accused of "espionage". A year later, a Pakistani military court sentenced him to death. A month later, India took Pakistan to the world court and Mr Jadhav's execution was stayed in May 2017. India asserts that Mr Jadhav was kidnapped from Iran, where he had business interests after retiring from the Navy. India also accused Pakistan of denying him consular access in violation of the Vienna Convention.

In December 2017, Mr Jadhav's meeting with his wife and mother was allowed by Pakistani authorities. India accused Pakistan of harassing them on their visit to Islamabad. In February, the ICJ held a four-day public hearing in the case.

Here are highlights on the Kulbhushan Jadhav case verdict:

I welcome the ICJ verdict.

My thoughts tonight are with #KulbhushanJadhav , alone in a prison cell in Pakistan & with his distraught family for whom this verdict brings a rare moment of relief, joy & renewed hope, that he will one day be free to return to his home in India 🇮🇳 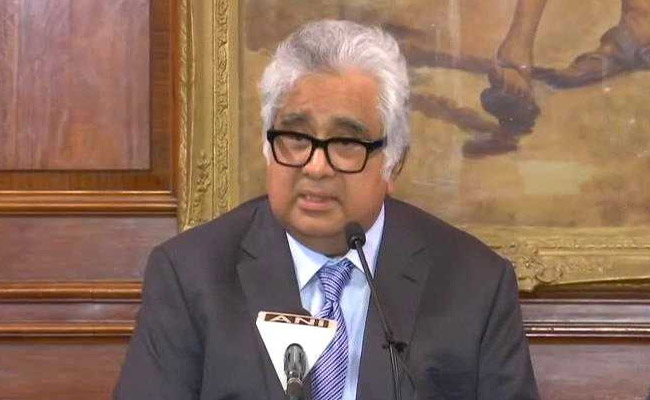 We welcome the judgement delivered by the International Court of Justice in the Hague in favour of India in the case relating to Shri Kulbhushan Jadhav.https://t.co/ai2qlmXM4Xpic.twitter.com/uPhbswui1J

We welcome today's verdict in the @CIJ_ICJ. Truth and justice have prevailed. Congratulations to the ICJ for a verdict based on extensive study of facts. I am sure Kulbhushan Jadhav will get justice.

Our Government will always work for the safety and welfare of every Indian.

Jul 17, 2019 20:00 (IST)
"Pakistan's new prime minister had said it was a naya Pakistan. A new Pakistan will not be built by merely giving interviews, he will have to do something (to build naya Pakistan). He will have to take initiative," says Sachin Kale, Kulbhushan Jadhav's friend 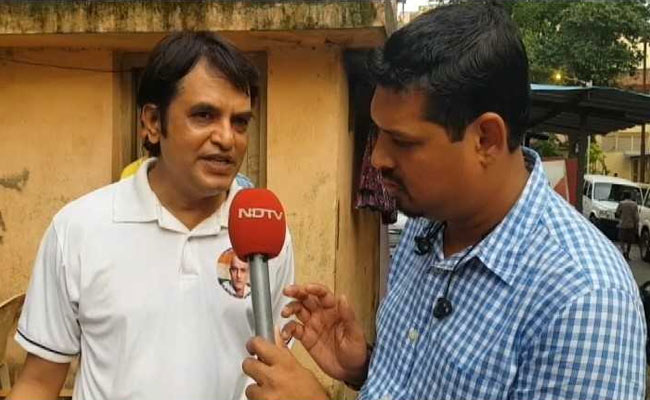 We welcome the ruling by the International Court of Justice in the #KulbhushanJhadhav case. This is a big win for India & we will continue to pray for his early return.

A 15:1 verdict is actually a unanimous verdict

Jul 17, 2019 19:34 (IST)
The ICJ has no means to enforce its rulings which are final and without appeal. It is unclear from the ruling what exactly would constitute an effective review of Jadhav's sentence. 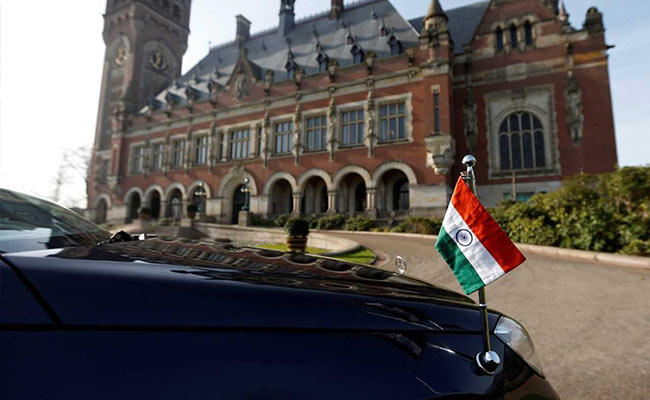 Jul 17, 2019 19:33 (IST)
Court Rejected India's Submission Seeking Kulbhushan Jadhav's Release And Safe Passage To India
The International Court Of Justice also rejected remedies sought by India, including annulment of Mr Jadhav's conviction, his release, and and repatriation.
Jul 17, 2019 19:22 (IST)
World Court Judges Voted 15 To 1 In Favour Of India
The court found by 15 votes to 1 that Pakistan had breached Jadhav's rights under the Vienna convention on consular relations. Even judge from China voted in favour of India. The lone dissenting judge was from Pakistan
Jul 17, 2019 19:20 (IST)
India Hails The Ruling As A "Complete Victory"
"By ordering Pakistan to follow the Vienna Convention this is a complete victory for us. This opens up the possibility of consular access and a retrial in a civilian court," a government official was quoted as saying by AFP.
"If Pakistan wants improved relations it should set him free and give him safe passage back to us."
Jul 17, 2019 19:18 (IST)
"I warmly welcome the ICJ judgment staying the execution of Kulbhushan Jadhav & granting consular access to India. Truth and justice prevails. This son of our soil must be back soon with his family," Delhi Chief Minister Arvind Kejriwal tweets
Jul 17, 2019 19:16 (IST)
Former Foreign Minister Sushma Swaraj Reacts To The World Court's Verdict

I wholeheartedly welcome the verdict of International Court of Justice in the case of Kulbhushan Jadhav. It is a great victory for India. /1

Jul 17, 2019 19:14 (IST)
Rajnath Singh On World Court's Verdict In Kulbhushan Jadhav Case
"International Court of Justice has directed Pakistan to grant consular access to #KulbhushanJadhav. It is no doubt a big victory for India," Defence Minister Rajnath Singh is quoting as saying by news agency ANI
Jul 17, 2019 18:55 (IST)
Indian legal team at the International Court of Justice in The Hague 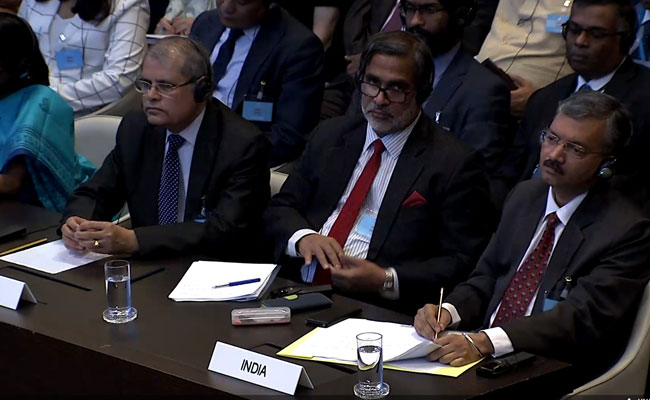 Jul 17, 2019 18:53 (IST)
World Court Rejects Pakistan's Objections To Admissibility Of India's Application
"Pakistan's objection based on 'clean-hands' doctrine must be rejected," says Judge Abdulqawi Ahmed Yusuf, President of the Court reading the verdict.
"Pakistan has not explained how any of the wrongful acts allegedly committed by India may have prevented Pak from fulfilling its obligation," the court says. 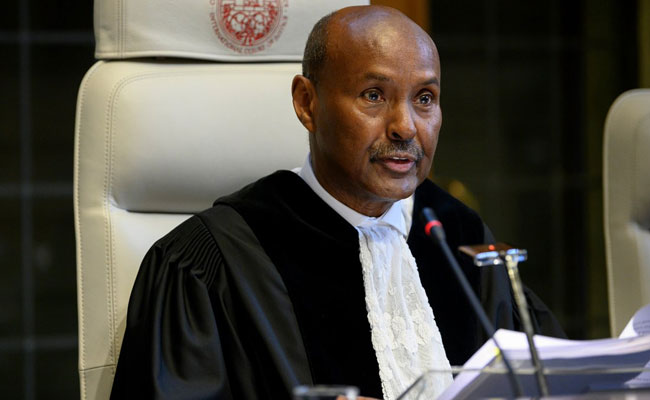 The session today is being held under the presidency of Judge Abdulqawi Ahmed Yusuf. 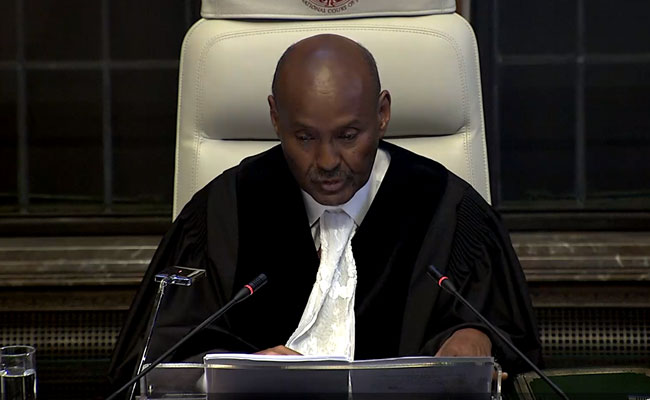 Jul 17, 2019 18:33 (IST)
International Court of Justice rules in favour to India
Jul 17, 2019 18:32 (IST)
Friends of Kulbhushan Jadhav gathered today wearing T-shirts with his photo printed in the neighborhood where he grew up, in Mumbai 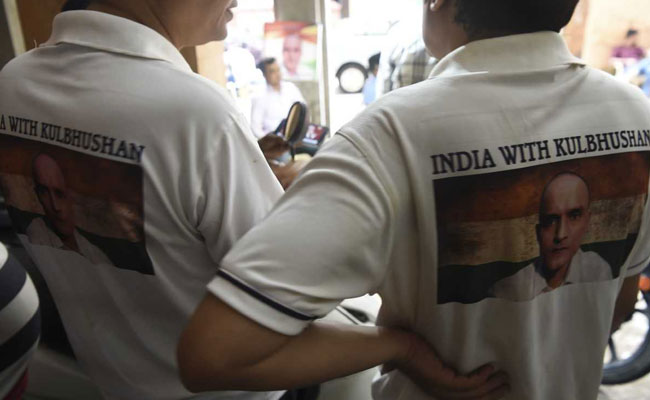