The students carried placards against the amended citizenship law and police crackdown on students in the campus of Jamia Millia and raised slogans against the BJP and Delhi Police. 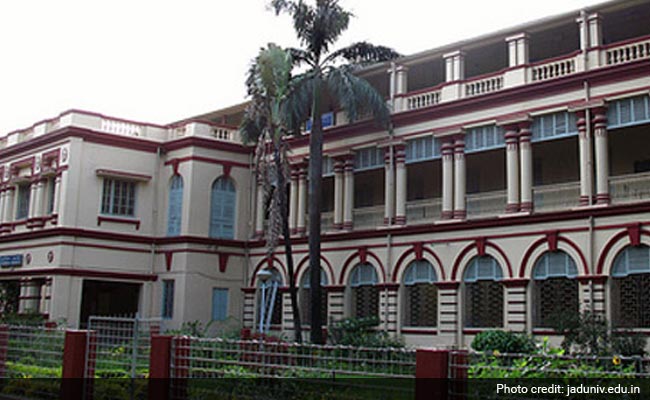 The General Secretary of Arts Faculty Students' Union of Jadavpur University, Debraj Debnath said around 300 agitators of different student unions participated in a rally from inside the campus to the nearby 8B Bus Stand.

The students carried placards against the amended citizenship law and police crackdown on students in the campus of Jamia Millia and raised slogans against the BJP and Delhi Police, Debnath said.

The Jadavpur University Teachers' Association (JUTA) also expressed support to the protest against the police action and members of the teachers'' body were present in the rally, he said.

"The way policemen had beaten up students, including girls, inside the Jamia Millia campus and burst tear gas canisters is reprehensible. We are with our friends of Jamia Millia," Ushashi Pal, a student, said.

Meanwhile, several students' unions of the Presidency University cutting across party lines took out a rally inside their campus at College Street in the central part of the city.

"We condemn state-sponsored atrocities on students and protest NRC and amended citizenship law," Sayan Chakraborty, a member of a left-wing students' union said.

Police personnel launched a crackdown on protesters inside the Jamia Millia Islamia campus in Delhi on Sunday after buses and police vehicles were gutted during an agitation against the amended citizenship law near the varsity.