Curfew Relaxed For Festivals In Riot-Hit Khargone, But A Tearful Eid For Many

Khargone violence: The district administration had on Tuesday imposed a total curfew in view of three festivals coinciding. 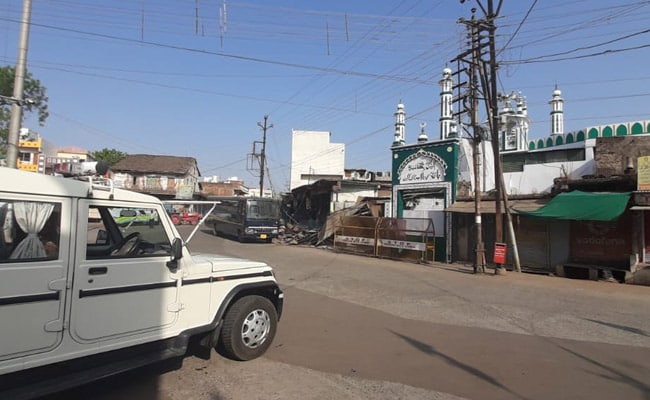 Petrol pumps were also allowed to open for the first time since the April 10 violence.

The complete Eid curfew in Madhya Pradesh's Khargone district, which saw communal clashes during a Ram Navami procession last month, was relaxed for 11 hours on Wednesday. Petrol pumps were also allowed to open for the first time since the April 10 violence.

The district administration had on Tuesday imposed a total curfew in view of three festivals coinciding. Temples, mosques, and eidgahs bore a deserted look. Prayers were offered within homes as police and administration vehicles blaring sirens stayed mobile across the riot-hit town.

Tears trickled down from the eyes of Shadullah Beg -- a portion of his house was demolished by the local administration as part of action against encroachments -- as he spoke to NDTV. "Our lives stand ruined, my entire business and means of living have been destroyed. I had a buffalo worth Rs 65,000, two cows and their calves, and three goats, which formed part of my small dairy business. I also had a male goat worth Rs 18,000 for Qurbani on Eid. All that has been taken away by the authorities, despite our family pleading to them to give some time to shift them to another place," he said while recounting the losses from the controversial demolition drive.

He claims a major part of his house was demolished after the April 10 violence without any prior notice. "In 2021, a part of my house was demarcated as encroachment. Neither I nor my small kids have any role in the riots, but still, our lives have been ruined. I ran a watermelon roadside stall for which I had brought watermelons worth around Rs 70,000 to Rs 80,000, but that too was taken away by authorities," a tearful Mr Beg added.

His wife Parveen Beg, also struggling to hold back tears, said, "What Eid shall we celebrate when our entire life has been ruined even when we committed no crime. My children don't have new clothes like earlier Eids, I somehow managed to cook sewai (a sweet dish) for them to ensure that they don't sleep hungry on the festival day. Even our electricity connection has been cut off and we are surviving on a fan and two bulbs with help from neighbours in this sweltering heat of 45 degrees celsius plus." 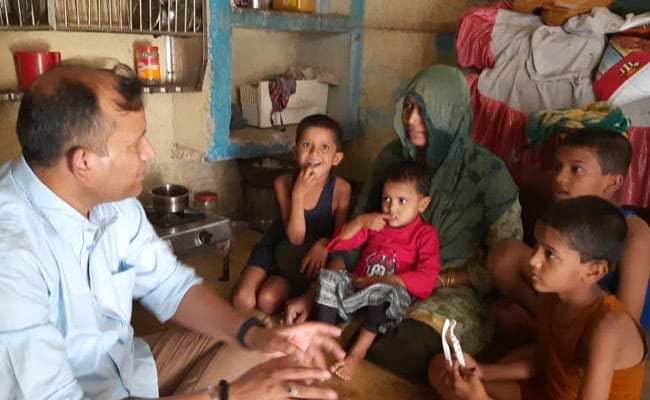 Ateeq Ali is among the two Muslim traders who have petitioned the MP High Court against the demolition of their properties on April 12. The HC has recently issued notices to the state government and police, asking to file a reply in four to six weeks.

Ateeq Ali owned the Waqt Restaurant, a part of which was demolished by the local administration on April 12. "What kind of Eid do you think we'll have when our entire business has been damaged. Surprisingly, while a major part of my restaurant and rooms for staff was demolished on April 12, the administration served me a notice for demolishing the encroachment/illegal construction 14 days later on April 26. The only hope for us now is the court, to which we've prayed for getting the due compensation for our damage," he said.

In the same curfew clamped town, Amjad, who owned three bakeries and is the head of the local bakery association, has lost one of his bakeries to the post communal violence bulldozing drive. He told NDTV that he showed documents proving his properties were legal but it was still demolished.

"The local administration came with its bulldozers on April 12 and identified my three bakeries and the house for demolition, declaring it as illegal constructions/encroachments. I showed them all the relevant documents to prove that all those properties were totally legal, but still, one bakery was demolished. The next day (April 13) the authorities called me and made me sign an old document bearing date from February," Amjad alleged.

Akshaya Tritiya, which is considered auspicious for a new beginning in marriages and investments was celebrated across the country but in Khargone marriage functions were also banned causing hardships to the families.

Schoolteacher Badrilal Kanoje came to Merja village, which is around 10 kilometres from Khargone, to perform the wedding rituals. He said, "My daughter is getting married and we had done bookings in Khargone two months back but came here 2-3 days in advance because of the curfew. I suffered financial loss and our guests also faced trouble coming here." 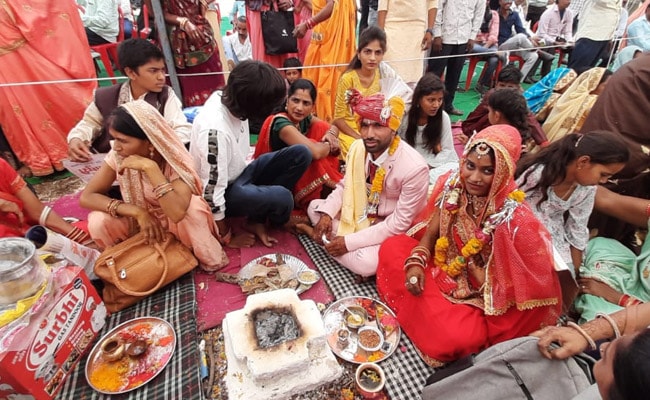 On Tuesday, more than 200 couples from Khargone got married outside the district due to the curfew.