The case of Kesavananda Bharati vs State of Kerala was heard for 68 days and continues to hold the top spot for the longest proceedings ever to have taken place in the top court. 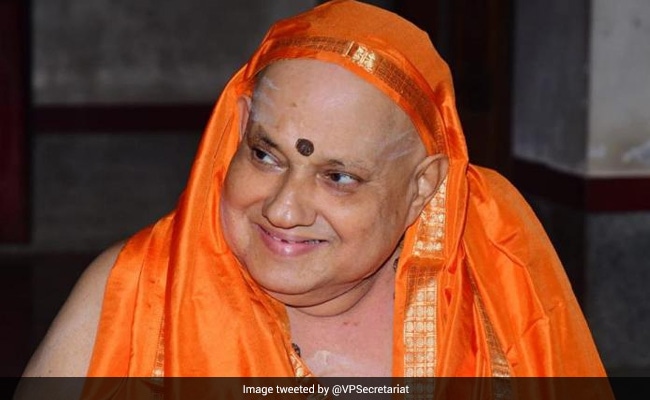 Kesavananda Bharati Death: Police said he died at the Edaneer Mutt due to age related ailments.

Kesavananda Bharati, on whose petition the Supreme Court delivered the landmark judgement on the celebrated doctrine of basic structure of the Constitution, died on Sunday.

Vice-President Venkaiah Naidu and Prime Minister Narendra Modi were among a host of leaders who condoled the death of the 79-year old Kerala-based seer, saying he will be remembered for his service to the people.

Police said Kesavananda Bharati Sripadagalvaru died at the Edaneer Mutt due to age related ailments. "As per the information with us, he passed away at around 3.30 AM on Sunday," police told PTI.

People from all walks of life paid homage to the departed seer at the Edneer Mutt of which he became the head overfive decades ago.

The case in which Bharati had challenged Kerala Land Reform laws nearly four decades ago set the principle that the Supreme Court is the guardian of the basic structure of the Constitution and the verdict involved 13 judges, the largest bench ever to sit in the top court.

While the seer did not get the relief he wanted, the case became significant for its landmark judgment which clipped the widest power of Parliament to amend the Constitution and simultaneously gave judiciary the authority to review any amendment.

Former Judge of Madras High Court Justice K Chandru told PTI: "The Kesavananda Bharati case is significant for its ruling that the Constitution can be amended but not the basic structure."

Senior Advocate Arvind P Datar said when some parcels of land of the Edaneer Mutt were acquired under the land reform laws of Kerala, Kesavananda Bharati moved the Kerala High Court against it and partially succeeded.

However, when the 29th Constitutional Amendment was adopted by Parliament giving protection to Kerala laws, the seer moved the Supreme Court challenging it.

The top court ruled that the 29th Amendment is valid and held that the two Kerala land Acts that were included in the Ninth Schedule are entitled to the protection of Article 31B of the (validation of certain acts and regulations) Constitution.

The verdict had held that though Parliament has power to amend under Article 368 of the Constitution, it did not have the power to emasculate its basic features.

"Kesavananda Bharati Swamiji, the seer of Edneer Mutt was a rare blend of philosopher, classical singer and a cultural icon. His patronage of Yakshagana was crucial in reviving this traditional theatre form in Karnataka. #KesavanandaBharati," Mr Naidu tweeted.

The Prime Minister said on his twitter handle, "We will always remember Pujya Kesavananda Bharati Ji for his contributions towards community service and empowering the downtrodden. He was deeply attached to Indias rich culture and our great Constitution. He will continue to inspire generations. Om Shanti."

The case of Kesavananda Bharati vs State of Kerala was heard for 68 days and continues to hold the top spot for the longest proceedings ever to have taken place in the top court.

The hearing in the case commenced on October 31, 1972, and concluded on March 23, 1973 and it's the most referred to case name in Indian Constitutional law.