Kerala's Palakkad In The Crosshairs Again As CPM, RSS Clash

"This was politically motivated and not with religious motives," Palakkad District Police Chief has said. 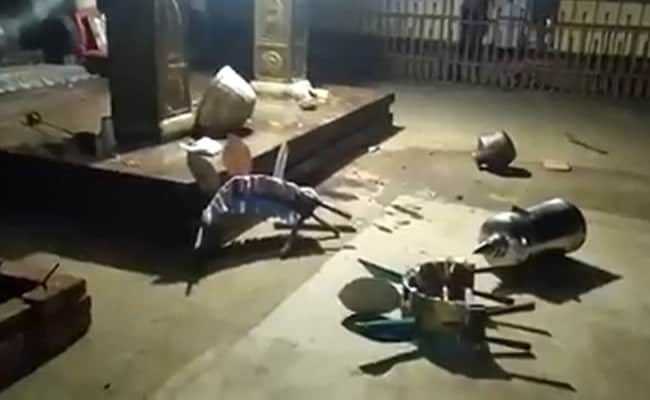 The vandalised premises of the temple of Palakkad.

Three days after Kerala's local body election results were announced, the state's Palakkad district, whose municipal body was won by the BJP for a second consecutive time, continued to witness ugly shows of strength by political parties.

On Friday, 11 CPIM activists were arrested for allegedly attacking BJP-RSS workers and vandalism during a political procession.

"A group of RSS-BJP workers were outside a temple and these CPIM activists were passing that area and that's when an altercation happened...This was politically motivated and not with religious motives," Palakkad District Police Chief Sujithdas S told NDTV. The arrests were made under section 153A IPC, which pertains to promoting enmity between groups and acts prejudicial to maintenance of harmony.

The incident took place days after the BJP's own celebrations saw party supporters unfurling religious posters on the Palakkad municipality building on December 16, the day the election results were announced. Then, too, the police had filed a case against "identifiable persons" under section 153A.

On Friday, a group of Left supporters retaliated to this act by the BJP by hanging the Tricolour over the same structure.

The BJP won the Palakkad Municipal election on December 16, its second consecutive win in the town amid a larger Left sweep across Kerala in the state local body polls held on December 8, 10, and 14. The party won a clear majority this time: 28 of the total 52 seats in the municipality. In 2015, it was the single largest party with 24 seats.