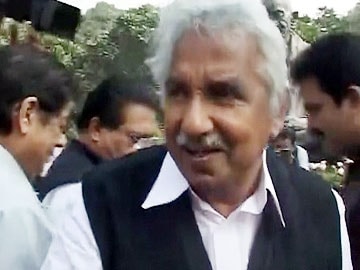 New Delhi: The 46 nurses from Kerala who were shifted from Iraq's Tikrit city to Mosul by Sunni insurgents have been put up in a building and have been given food, said Chief Minister Oommen Chandy on Friday.

The women nurses reached Mosul close to midnight, said Mr Chandy who is in Delhi and is closely monitoring the situation along with the external affairs ministry.

Mr Chandy told IANS over the phone that the nurses have been given food and they have been put up in a building.

"When they reached the building there was no power supply. But very soon it was restored and they are taking rest," said Mr Chandy.

"The prime responsibility is to see that they make a safe return...," he added.

The Kerala chief minister assured that "we are making every efforts and for that all diplomatic channels are being used."

"Like yesterday (Thursday), am leaving shortly to meet ministers and officials and our only aim and objective is their safe return," said Mr Chandy.

A person in the know of things told IANS that one of the nurses had send an SMS to her husband that they were given beds.

Promoted
Listen to the latest songs, only on JioSaavn.com
IANS was the first to report that the nurses had been told to board buses.