They interacted with survivors and local residents and evaluated relief work during their visit. 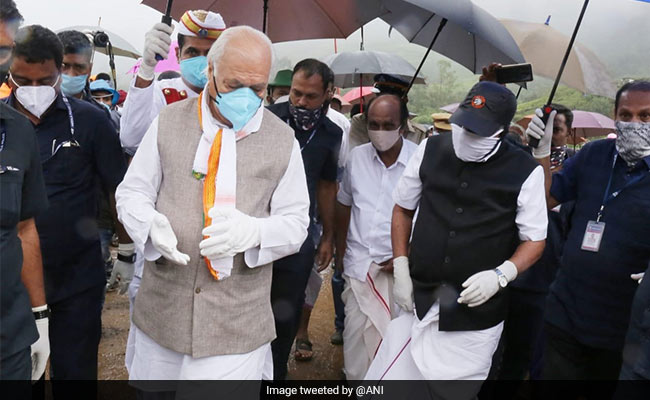 Kerala Governor Arif Mohammad Khan and Chief Minister Pinarayi Vijayan on Thursday visited the site of Rajamala landslide in Idukki district as the death count in the incident went up to 55.

They interacted with survivors and local residents and evaluated relief work during their visit.

Two NDRF teams, a full unit of Idukki fire and rescue team, a team each from Kottayam, Thiruvananthapuram, and a team which received special training are leading the rescue operations in Idukki's Rajamala, the District Information Office had said on Sunday.

Heavy rains in several parts of Kerala have triggered floods and landslides.