More than 200 people have died since August 8 in the Kerala floods, the worst to hit the coastal state in a century. 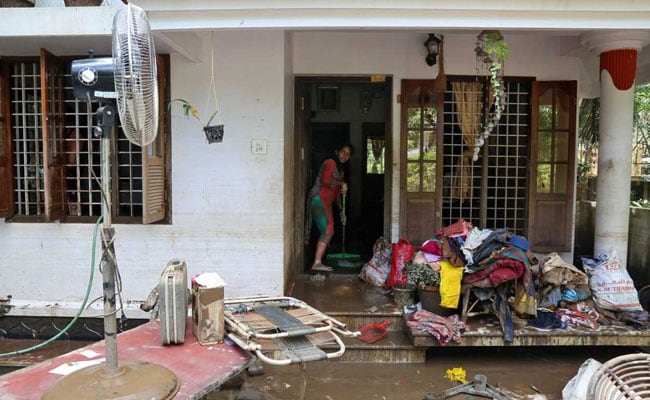 Kerala floods: Thousands of homes have been damaged or destroyed. (Reuters)

Thiruvananthapuram: The Kerala government is contemplating interest-free loans for families whose homes have been destroyed by the floods in the state, Chief Minister Pinarayi Vijayan has said. These loans, which can go up to Rs 1 lakh, may be provided to the female head of the family and the government will pay for the interest, Mr Vijayan said. Kerala has been devastated by the worst floods in the state in a century that have claimed 231 lives since August 8, destroyed over 26,000 homes, and washed away roads and bridges. More than 10 lakh people are sheltering in thousands of relief camps.