The migrant worker, in a video call to his family, said the conditions are frightening. People of Kerala have suffered huge losses and many people from West Bengal are also untraceable. 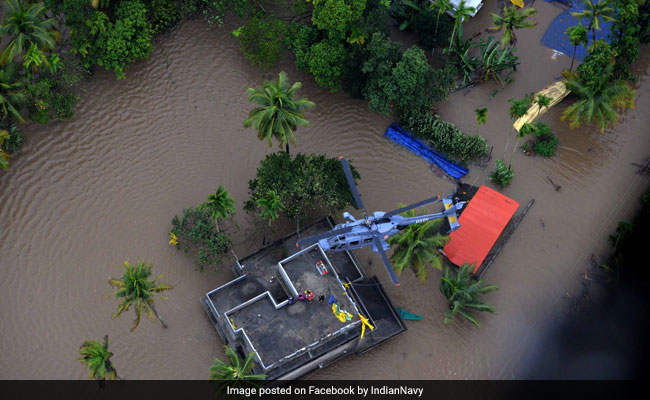 Kerala Floods: A person said the situation cannot be explained in words as water has inundated everything

A migrant worker from West Bengal, stranded in the flood-ravaged Kerala, has appealed to chief minister Mamata Banerjee to rescue him and others like him.

"The condition here in Kerala is becoming worse. Getting relief aids, potable water and everything else has become a problem. I request the chief minister to make immediate arrangements to rescue the Bengalis as we are left with nothing," the worker appealed in a video call made to his family.

He said the conditions are frightening. People of Kerala have suffered huge losses and many people from West Bengal are also untraceable.

Meanwhile, some other workers have returned safely and shared their first-hand experience after they arrived at Kolkata's Howrah Railway Station.

"My room is completely submerged. I slept under the bridge for almost two days after which I boarded the train from Ernakulam. It took almost 26 hours to reach here which usually takes around 12 hours," a migrant worker said after reaching their own state.

Another person said that the situation cannot be explained in words as the water has inundated everything starting from houses, crops, vegetables and so on.

"We could not get anything to eat for almost three days," he said.

The situation is "scary" for all of them and they all returned to save themselves.

Worried about his family at home, a Kerala man working in Kolkata said, "I have my wife and a three-month-old baby. They were living on the second floor and the rest of the house was under water when I got a call."

He said that no rescue team could reach them and after that, he could not make any further contact.