Kerala Floods: Chief Minister Pinarayi Vijayan had claimed that he has been informed by an NRI businessman about a Rs 700 crore aid which UAE is "willing" to provide. 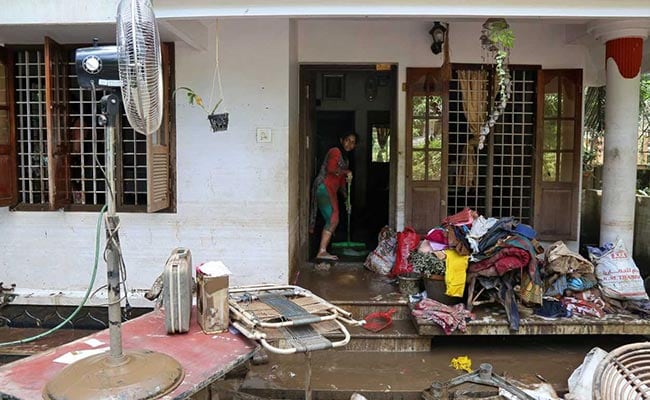 Kerala Floods Damage: There has been widespread destuction of infrastructure and homes in the state

After the worst rain and floods in a century, Kerala is slowly getting on the road to recovery. Rescue operations now over, the focus has shifted to providing relief and rehabilitation to the over one million people displaced by the floods. Kerala authorities estimate the overall damage to be worth more than Rs 21,000 crore. The state, which asked for Rs 2,600 crore as immediate assistance, has so far received Rs 600 crore from the centre.

Chief Minister Pinarayi Vijayan had announced on Tuesday that the United Arab Emirates, home to some 30 lakh Indians - about 80 per cent of them from Kerala - had offered Rs 700 crore as relief to the state. Indians in the UAE mostly work in the civil engineering and construction industries, which citizens of the gulf country believe "help build the (their) nation."

Chief Minister Vijayan has claimed that he has been informed by an NRI businessman about the Rs 700 crore aid which the UAE was "willing" to provide. Mr Vijayan went on to say that he hoped that the Centre would "accept the offer." 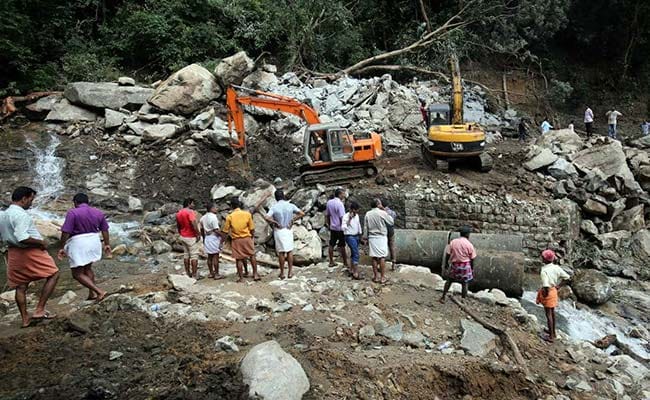 Kerala Floods Damage: Over 10,000 kilometers of roads and highways have been destroyed or damaged

Officials from the UAE embassy in New Delhi however clarified, that the UAE had not officially announced any financial aid for Kerala flood relief yet.

UAE ambassador Ahmed Albannam, without mentioning any financial aid, said his government has so far only set up a national emergency committee to provide relief assistance to people affected by flash floods in Kerala.

The gulf nation may come out with a plan in the next few days to extend assistance to flood victims, another official said.

When asked, Chief Minister Vijayan said that the source of his information was NRI businessman MA Yusuff Ali, who was told about the offer by the crown prince himself, when the businessman met him to convey greetings for Bakrid (Eid Al-Adha). 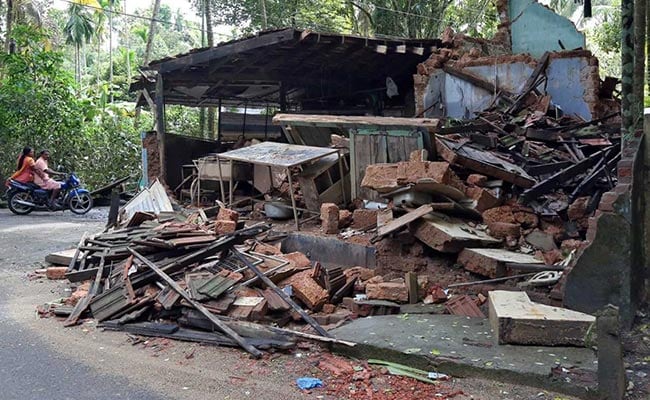 Kerala Floods Damage: Estimates suggest that between 20,000 and 50,000 houses and structures have been severely damaged

"When I asked him (Yusuff) whether this information could be made public, he said there is no problem in doing so," the chief minister told reporters after a meeting to review the post-flood situation and relief operations.

He also claimed that the matter has been discussed by Crown Prince of UAE Sheikh Mohammed Bin Syed Al Nahian and Prime Minister Narendra Modi.

Mr Vijayan's announcement triggered an escalating row with the centre declaring on Wednesday that it would not accept any help from other nations, in sync with India's policy on foreign aid. "The government would stick to its policy of meeting the requirements for relief and rehabilitation through domestic efforts," a statement by the foreign ministry said.

The centre on Thursday clarified that Rs 600 crore was released in advance "pending an assessment" by a team of ministers. This, the government added, was apart from Rs 562.45 crore already in the State Disaster Relief Fund, to which the centre contributes 75 to 90 per cent. 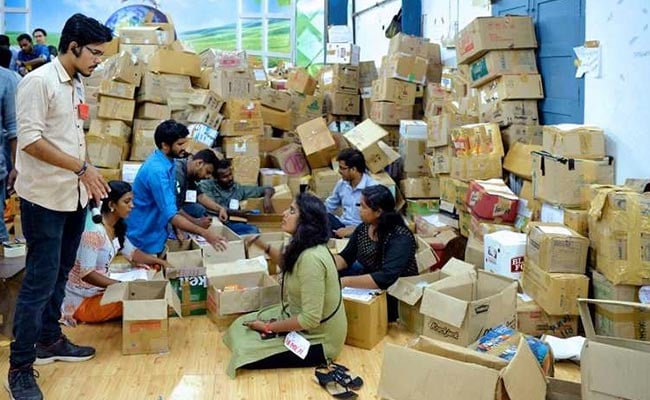 Kerala Floods Relief: Individuals, families and companies from across India have donated to help Kerala cope with the devastation caused by the floods

DAMAGE TO HOMES AND INFRASTRUCTURE

The floods in Kerala has caused widespread devastation. More than 10,000 kilometres of roads have been destroyed or damaged, while estimates of the number of houses to be rebuilt vary from 20,000 to 50,000.

With nearly 1.3 million (13 lakh) people in 3,300 relief camps slowly moving back to their homes, many have returned to find them uninhabitable.

Some have not been able to cope with the damage caused. A 68-year-old man committed suicide on Wednesday after seeing the state of his home at Kothad in Ernakulam district. A 19-year-old boy took his own life earlier this week because his school certificates were destroyed by the floods, police said.

At Cheruthoni, in Idukki district, people have started returning to find nearly all houses at least half covered by sand and silt. Earth movers have been sent in a bid to clear roads. The state government said it would enlist around 50,000 volunteers to start an operation to clean up homes and public places that have been filled with dirt and sand left by the floods.

In another sign of the extent of the chaos, the reopening of the Kochi Airport has been delayed by another three days, to August 29.

With no certainty of accepting any aid that might be offered by other countries, including the UAE, the central government is under pressure from the opposition to chalk out a plan to help rebuild Kerala.