Assembly elections are scheduled to be held in Punjab early next year. 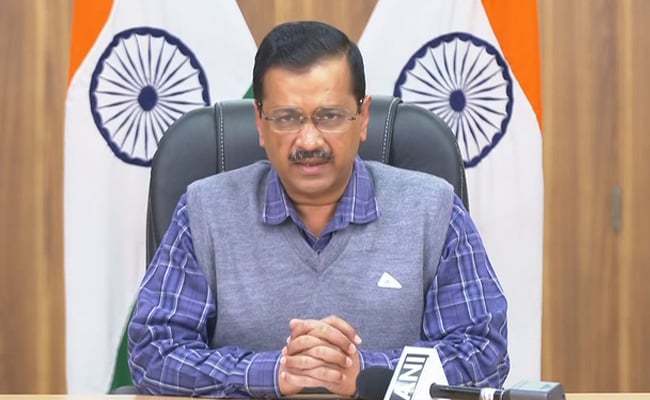 Delhi Chief Minister Arvind Kejriwal, during his one-day visit to Punjab, on Tuesday said that there are serious allegations of sand theft against Punjab Chief Minister Charanjit Singh Channi and added that the "theft" would come to an end after the Aam Aadmi Party comes to power in the state.

Speaking to the media in Amritsar, Mr Kejriwal said, "I have been seeing for the past few days that illegal sand mining was found in Chief Minister Charanjit Singh Channi's constituency Chamkaur Sahib. If it's happening in his own constituency, it's difficult to think he doesn't know about it. Serious allegations of sand theft have been levelled against him. Punjab wants to know if he's the owner of illegal sand mining or has a partnership or provides protection to others. We will end this when the AAP comes to power."

"Aam Aadmi Party government will stop illegal sand mining. In Punjab, the money of sand theft will no longer go in the pockets of politicians, but in the pockets of women. That's why all the leaders of Punjab are giving me dirty filthy abuses," Mr Kejriwal tweeted in Hindi.

The Delhi Chief Minister further alleged that theft worth Rs 20,000 crore is being done.

"Captain Amarinder Singh had said that there are many ministers and MLAs who give protection to the sand theft. According to an estimate, sand theft of Rs 20,000 crore is being done," he told media.

The AAP national convenor demanded a probe into the matter and registration of an FIR.

Mr Kejriwal is on a one-day visit to Punjab on Tuesday and will be active in the Doaba region, said AAP leader Harpal Singh Cheema in an official statement issued by party headquarters.

Speaking about the day-long schedule of Mr Kejriwal, Mr Cheema said, "Arvind Kejriwal would first meet women in a program to be held at Kartarpur, Jalandhar. After this, he will interact with the people of the Scheduled Caste community of Hoshiarpur under the 'Arvind Kejriwal's Interaction with SC community' programme."

The Delhi Chief Minister will be accompanied by state president and MP Bhagwant Mann and other state leaders during his visit.

"This visit is in fact part of the party's election manifesto preparation for the 2022 assembly elections," the AAP leader said.

Assembly elections are scheduled to be held in Punjab early next year.