The district police has decided to give common man an edge over VIPs. The decision would result in at least five "common pilgrims" being allowed to enter Kedarnath shrine for only one VIP visit at a given time. 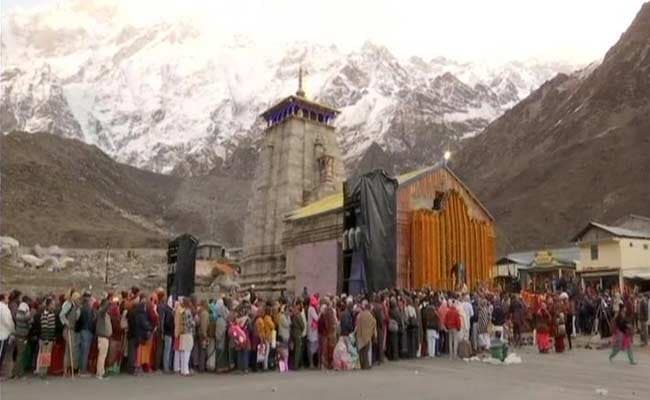 After Prime Minister Narendra Modi's visit to Kedarnath, the shrine has seen heavy footfall, but the growing number of pilgrims led to long queues, with some claiming they had to wait for two days for 'darshan'. After the pilgrims' protest, the authorities have now reduced paid "VIP entries" to clear the long queues.

The district police has decided to give common man an edge over VIPs. The decision would result in at least five "common pilgrims" being allowed to enter the shrine for only one VIP visit at a given time.

"We have decided to keep the visitors' ratio to 5:1 -- we will allow five normal entries while only one VIP entry will be allowed at a given time. This while help the pilgrims standing in long queues to enter the shrine early," said Ajay Rautela, Inspector General (Garhwal range).

Long queues initially brought extra revenue for the management, as more and more people started opting for 'VIP Darshan Seva' which allows pilgrims to visit the shrine without getting into queues by simply paying Rs 2,100. Soon, the facility became a problem for the authorities as the pilgrims who did not want to pay to enter the temple began protesting. The situation came to such a pass that the entry to the shrine was blocked for a while to calm the situation.

"We do want to visit the temple of our lord, but this was completely unfair on part of the authorities to give preference to the VIPs just because they see monetary benefits," said Shivanshu Agarwal who had walked up from the Gauri Kund to visit the temple with his father, but had to return without entering the temple.

(This story has not been edited by NDTV staff and is auto-generated from a syndicated feed.)
Comments
Kedarnath ShrineKedarnathKedarnath VIP Entries