Anupam Kher had also said that all the issues in the Kashmir Valley will be resolved if Article 370, which gives special autonomous status to the state, is abolished. 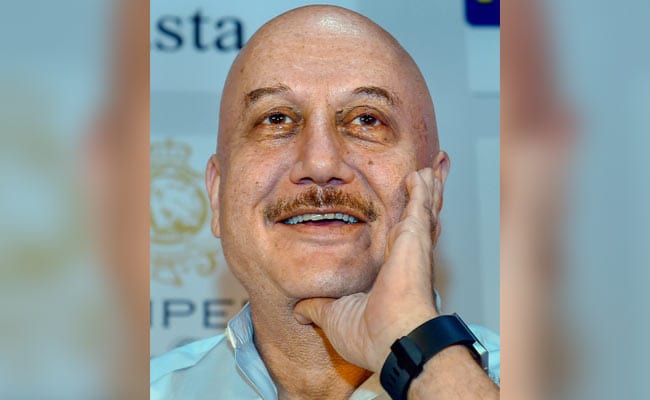 This latest move comes at a time of uncertainty in the Kashmir Valley following a massive security build-up and a government advisory asking tourists and pilgrims to leave Kashmir immediately.

The tensions spiked on Friday after the Jammu and Kashmir administration scrapped the Amarnath Yatra, citing security threats from terrorists backed by the Pakistan Army.

Anupam Kher, an ardent supporter of Prime Minister Narendra Modi, has often voiced support for several of the ruling BJP government's policies. His wife Kirron Kher is a Member of Parliament from the party.

"The whole country is in favour of the Modi government. It is not a small majority, it is a huge mandate. The opposition should now quietly let this government work," Mr Kher had earlier said.

Mr Kher had also said that all the issues in the Kashmir Valley will be resolved if Article 370, which gives special autonomous status to the state, is abolished.

Amid the current uncertainty in Kashmir, there have been concerns that the centre has plans to tweak or do away with Article 370 and Article 35A, which gives special rights and privileges to the state's citizens in government jobs and land.

As many as 35,000 paramilitary forces were flown in last week and have deployed across Srinagar and sensitive areas of the Kashmir Valley.