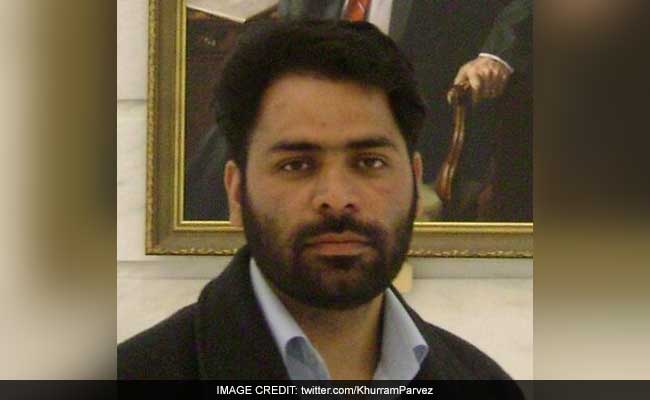 Khurram Parvez was rearrested on Tuesday after a court in Kashmir ordered his release.

A government official in Srinagar said Khurram Parvez, detained by the state police last week from his Sonwar residence, is likely to be shifted to a Jammu jail after the PSA was slapped against him.

Mr Parvez was released from the detention after a court order on Tuesday, but was rearrested immediately.

The PSA is an administrative detention law that allows for people to be arrested without charge or trial.

Activists have been demanding revocation of such laws in the restive state because they believe that these have often been used to hold individuals in arbitrary detention on vague grounds for long periods of time, ignoring regular criminal justice safeguards.

"Detaining a person right after he is released, without any intention to charge him or bring him to trial, amounts to using a revolving door of persecution," said Aakar Patel, Executive Director, Amnesty International India.

"This kind of arbitrary use of the law suggests that the Jammu and Kashmir police are determined to lock up Khurram Parvez at any cost."

Mr Parvez, 39, is the programme coordinator with the Jammu Kashmir Coalition of Civil Society (JKCCS). He has been an active rights activist for nearly 15 years in the state.

He is also the chairperson of the Asian Federation Against Involuntary Disappearances (AFAD) - a Manila-based conglomerate of rights groups.

Promoted
Listen to the latest songs, only on JioSaavn.com
Before his arrest on September 16, the activist was stopped at the Delhi airport from boarding a flight to Geneva where he was to the attend a session of the United Nations Human Rights Council (UNHRC).

According to JKCCS, Mr Parvez had planned to submit a report to the rights council on the situation in the Kashmir Valley.