The fully air-conditioned passenger train would be operated by the Indian Railway Catering and Tourism Corporation. 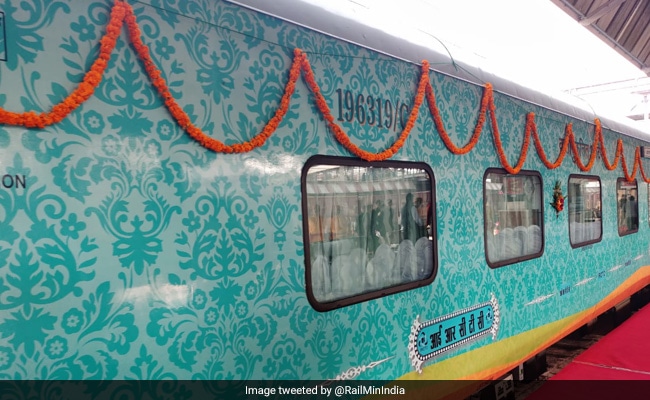 The fully air-conditioned passenger train would be operated by the Indian Railway Catering and Tourism Corporation. Earlier, the IRCTC -- a subsidiary of Indian Railways, had launched two Tejas Express trains.

The Ministry of Railways has promised to deliver a comfortable overnight journey experience to the passengers.

Route of IRCTC Kashi Mahakal Express: Besides connecting the religious places of Uttar Pradesh and Madhya Pradesh, the train will also connect the industrial and educational hubs of Indore and Bhopal.

Frequency: The Kashi Mahakal train will run thrice a week between Varanasi and Indore -- once via Prayagraj and twice via Lucknow.

Ticket booking: The booking is exclusively available on the IRCTC website -- www.irctc.co.in -- and its mobile app @IRCTC Rail Connect". Tickets can't be booked at railway reservation counters. The department has laid down a provision of an advance period, i.e. 120 days before the journey date.

Ticket fare: Like other two Tejas Express trains, Kashi Mahakal Express will have a dynamic fare structure. The dynamic nature of the structure basically means fares will be based on the demand of the occupancy. As per the IRCTC website, for a one-side journey, a commuter will have to pay around Rs 1951.