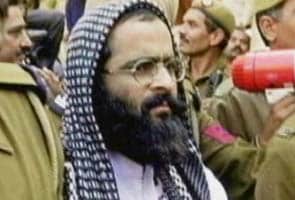 New Delhi: Mohammed Ajmal Amir Kasab's swift execution this morning has brought political attention to another prominent prisoner on death row, Afzal Guru, who was convicted for conspiracy in the December 13, 2001, attack on Parliament and was sentenced to death by the Supreme Court in 2004.

The BJP today sought that Afzal Guru be executed expeditiously too. The party's Ravi Shankar Prasad said, "The Supreme Court has rejected his plea, and his review petition has also been rejected. But why has the government not taken any action? I hope the government will now expedite to whole process of mercy petition."

The Congress' Digvijaya Singh too tweeted hours after Kasab was executed, "Finally Kasab hanged. GOI should pursue the case of the Handlers in Pakistan. Afzal Guru's case should also be expedited now."

He was in rare consonance with Gujarat Chief Minister Narendra Modi, who tweeted minutes before the senior Congress leader, "What about Afzal Guru, who attacked Parliament, our temple of democracy, in 2001? That offence predates Kasab's heinous act by many years."

Guru's death sentence was scheduled to be carried out on October 20, 2006, but was stayed after his wife filed a mercy petition. The Home Ministry had recommended in August last year to then President Pratibha Patil that Afzal Guru be hanged. The Delhi government had also suggested in 2010 that the mercy petition be rejected.

Promoted
Listen to the latest songs, only on JioSaavn.com
In an interview to NDTV, Mr Shinde today avoided a direct answer on Afzal Guru's case.

There have been demands for clemency for Guru from various quarters including human rights activists like Arundhati Roy, who have contended that Guru was not given a fair trial.