Hotels, restaurants, clubs, pubs and bars will be allowed to function with full capacity, though theatres, auditoriums and multiplexes have been capped at 50 per cent capacity. 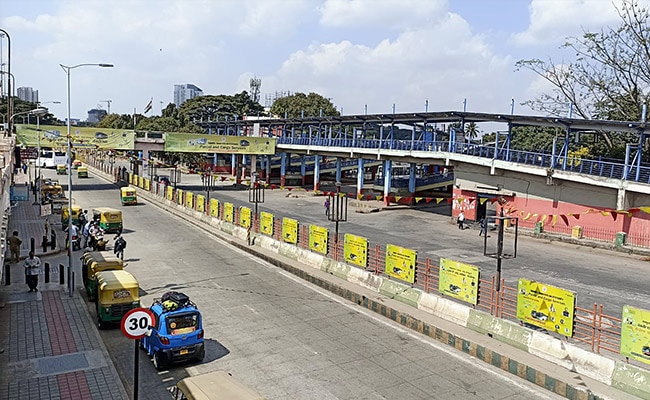 Night curfew will be withdrawn in Karnataka from Monday and schools and colleges in Bengaluru will reopen as well, the state government said today, with hospitalisation due to Covid now at 2 per cent and the recovery rate going up.

"From Monday, all classes will be operational in schools with the strict implementation of COVID19 appropriate behaviour and protocol," said Karnataka Education Minister BC Nagesh, after a meeting on the Covid situation in the state, headed by Chief Minister Basavaraj Bommai.

As part of revised guidelines, government offices will run at full capacity, instead of 50 per cent. Hotels, restaurants, clubs, pubs and bars have also been allowed to function with full capacity - they were till now working at 50 per cent capacity.

The Metro rail and other public transport will run at their sitting capacity.

Marriage functions are permitted with 200 members indoors and 300 outdoors, and religious places can open to 50 per cent capacity. However, no permission has been given for social, religious and political rallies, dharnas, conventions and protests.

A decision has also been taken to reserve 25 per cent of beds in private hospitals for Covid patients and instructions have been issued to ensure proper treatment for non-Covid patients, the guidelines said.

A strict vigil at borders with Kerala, Maharashtra and Goa will continue.

Karnataka on Friday saw 31,198 new cases, about 7,000 less than Thursday. Bengaluru contributed about 50 per cent of the infections of the day with 15,199 cases.

The state also registered 50 deaths on Friday, with eight of them from Bengaluru. 71,092 were also discharged in the last 24 hours, taking the total number of recoveries to 33,96,093.