Karnataka Minister In Delhi Amid Buzz Over BS Yediyurappa's Exit

Murugesh Nirani, the Minister for Mines, hails from the Lingayat community like Mr Yediyurappa and is being seen as one of contenders for the chief ministerial post. 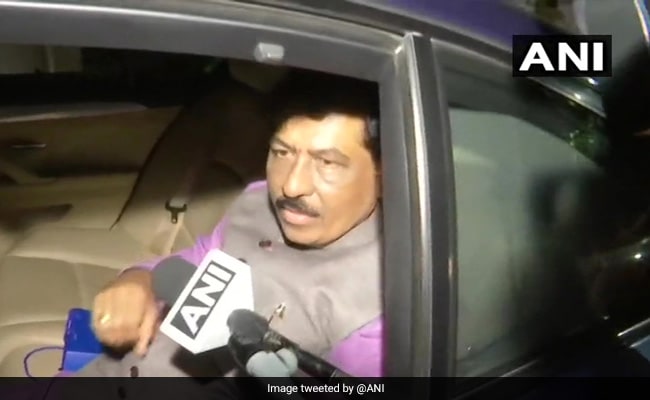 People close to Mr Nirani, however, claimed he is on a personal visit to the national capital.

Earlier in the day, when Mr Yediyurappa was asked about his future, he said he would take an appropriate decision once he receives directions from the party high command on his continuation in the post.

"By evening once it comes, you will also get to know about it. Once it comes I will take an appropriate decision," the 78-year-old BJP leader said in response to a question on whether the directions from the high command were expected today.

The Lingayat strongman said he will abide by the party's decision and his "lone target" would be toiling for the next two years and bringing the BJP back to power in Karnataka, where Assembly elections are due in 2023.

Mr Nirani, the Minister for Mines, hails from the Lingayat community like Mr Yediyurappa and is being seen as one of contenders for the chief ministerial post along with BJP general secretary CT Ravi, Home Minister in Karanataka government Basavaraj Bommai and Union minister Pralhad Joshi.

Meanwhile, over 500 Veerashaiva-Lingayat seers from different parts of Karnataka on Sunday demanded that Mr Yediyurappa should be allowed to continue in office.