Senior Congress leader and former Union Minister CM Ibrahim said "Congress ignored me," adding that he would announce his next political move soon. 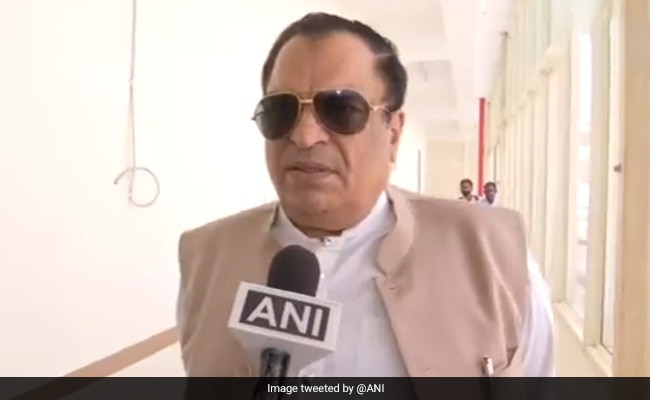 Senior Congress leader and former Union Minister CM Ibrahim quit the party yesterday upset over not being made the leader of opposition in the Karnataka Legislative Council, a post he had been eyeing for a long time. "Congress ignored me," Mr Ibrahim said adding that he would announce his next political move soon.

"I'm happy that the AICC President Sonia Gandhi has relieved me from the burden that was on me, I am now free to take my decision. I will soon speak to my well-wishers in the state and announce my next move." Mr Ibrahim said.

"Congress is a closed chapter for me here on," he added.

#WATCH Congress is destroying itself. People cannot work without money in Congress. At the time of Indira Ji and Nehru Ji, Congress was a socialistic party but now it is only a 'Lena bank'. Congress will be defeated in Karnataka. The party has sunk: Congres leader CM Ibrahim pic.twitter.com/xAlcpPmsYw

Congress on Wednesday appointed BK Hariprasad as the leader of opposition in the legislative council. The post had fallen vacant following the retirement of SR Patil earlier this month.

"B K Hariprasad is a junior leader. How can I work under him?," a disappointed Mr Ibrahim said.

Said to be a close confidant of Congress legislature party leader Siddaramaiah until a recent falling out, Mr Ibrahim served as the Civil Aviation Minister and Tourism Minister in the former Prime Minister HD Deve Gowda's cabinet in 1996.

"I left a leader like Deve Gowda and quit Janta Dal, which we built for the sake of this man (Siddaramaiah), but what did he give me? People of the state who bless and support me will give a befitting reply to Congress," Mr Ibrahim who had joined the Congress from Janata Dal (Secular) in 2008 said.

Asked whether he would join Janata Dal (Secular), he said, "whether to join JD(S) or Mamata Banerjee (Trinamool Congress) or Lalu Yadav (Rashtriya Janata Dal) or Mulayam and Akhilesh Yadav (Samajwadi Party), the thinking is going on. Will speak to JD(S)' H D Deve Gowda and H D Kumaraswamy and take the next decision."

JD(S) leader Kumaraswamy had earlier met Mr Ibrahim and invited him to return to the party.

"Ibrahim is a former senior leader of the party, who had had a long association with Deve Gowda....He still has affection for Gowda and JD(S), if he decides we will welcome him. Last time, when we discussed, I had told him to utlilise the opportunity if Congress gives him Leader of Opposition position, but he is not given the post," Mr Kumaraswamy said.