Kamov Helicopter Deliveries To Start In 2 Years After Contract Signing

Sergei Chemezov, the CEO of Rostec State Corporation, said that after the establishment of the joint venture in May for the production of Kamov military helicopters, Russia expects an official request from the Indian defence ministry. 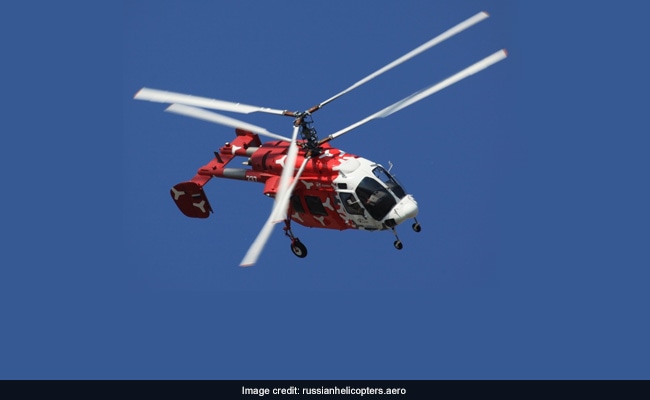 The Kamov helicopter deal is worth around US $1 billion

Zhukovsky: The delivery of Kamov military helicopters to India will begin within two years of the signing of the contract, according to a top Russian official who indicated that the number of choppers to be supplied could be increased to more than 200 in the future.

Sergei Chemezov, the CEO of Rostec State Corporation, said that after the establishment of the joint venture (JV) in May for the production of Kamov military helicopters, Russia expects an official request from the Indian defence ministry.

A contract will then be executed for the delivery of the choppers.

"After the contract is signed, within two years, the first deliveries of helicopters will be made. The agreement for that is signed and is being exercised," he told reporters on the sidelines of Russia's premier airshow MAKS 2017.

Talking about the 2015 US $1 billion deal for the supply of the KA-226T helicopters, Chemezov said: "We have to supply a certain amount, most will be localised, in total, in the amount of 200 helicopters. But in the future this can be increased."

Mr Chemezov said that under the deal the minimum project volume was for "the procurement of 40 helicopters from Russia and production of 160 helicopters in India with different localisation degrees."

Earlier reports said that 60 Kamov-226T helicopters will be supplied to India in fly-away condition, while 140 will be manufactured in India.

Mr Chemezov said Russia expects the target location to implement the project will be in Bengaluru on the production capacities of Hindustan Aeronautics Ltd (HAL) that are currently used in the assembly project of Su-30 MKI.

The necessary conditions are available there including human resources for successful implementation of the project, he said.

The Rostec chief also said that within the joint project, "it is possible to engage other companies, including private ones, depending on the Indian party".

"They have to evaluate and affirm the readiness and reliability of private companies for most of which it is a new business domain," Sergei Chemezov said.

"Rostec sees no problems in collaborating with private companies, but we understand that engagement of other partners in the project could make the project implementation more difficult or increase the implementation deadlines. But we are ready for this," he said.

Rostec's strategy is to further expand cooperation with Indian manufacturers in compliance with the 'Make in India' policy, he said.

At the Indo-Russia summit in Moscow in December 2015, an inter-governmental agreement was signed for implementation of the project for production of KA-226T helicopters in India.

In October 2016 at the Indo-Russia summit in Goa, the two sides signed the Partner Agreement and ratified the Memorandum and Articles of Association of the new JV, and this was announced at the BRICS summit.

According to the agreement, HAL has 51 per cent shares and Rostec (Russian Helicopters and Rosoboronexport being parts of the corporation) has 49 per cent, Mr Chemezov said.

He hailed the Indo-Russia partnership, saying India was a strategic parter and the cooperation with it was very wide.

"The bulk of our exports go to Southeast Asia, India and China. They are our two major partners. Every year we supply products to India for more than US $2 billion. Sometimes it is more. Therefore, we have about the same volumes last year as before," he said when asked about the changes in the military-technical cooperation with India.

"There are changes, but insignificant, somewhere in the range of 10-15 per cent is the fluctuation. Therefore, with regard to cooperation with India, it is aimed not only at selling products, but we are also transferring technology. It began in the late 90s with the sale of licenses for SU-30MKIs," he said.

"Today, these planes are manufactured in India. The T-90 tank, India has already mastered production, we continue to provide assistance, we supply the components, but for the most it is already localised," he added.

The CEO also talked about the fifth generation aircraft the two sides plan to develop, saying that work continues on it.

Promoted
Listen to the latest songs, only on JioSaavn.com
On the supply of the S-400 Triumf systems to India, he said "until the contract is signed I would not be able to answer precisely on this topic. It's not customary for us.

When we finalise the deal and sign it, and if our Indian partners agree, we could announce details of this contract."