The Indian map places the Kalapani area under the Pithoragarh district in Uttarakhand whereas Kathmandu considers the unresolved area to be part of Nepal's Darchula district. 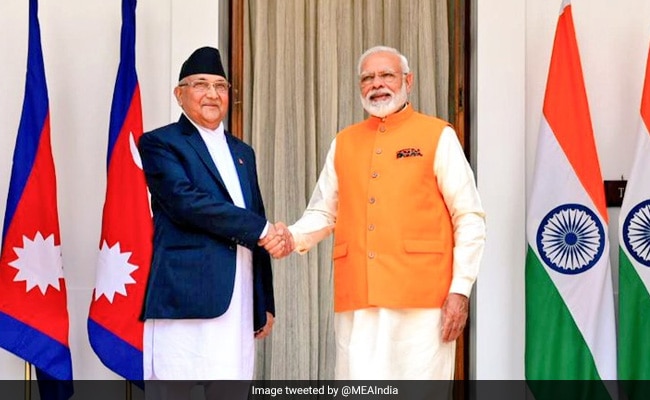 India-Nepal border talks have been assigned to the Foreign Secretaries of both the countries.

India's new political map does not change or revise its borders with Nepal, the foreign ministry said on Thursday, a day after the Nepalese government issued a strong statement protesting the inclusion of a border area in the Indian Territory.

"Our map accurately depicts the sovereign territory of India. The new map has in no manner revised our boundary with Nepal. The boundary delineation exercise with Nepal is ongoing under the existing mechanism," the Ministry of External Affairs said in a statement.

The Indian map places the Kalapani area under the Pithoragarh district in Uttarakhand whereas Kathmandu considers the unresolved area to be part of Nepal's Darchula district.

"We reiterate our commitment to find a solution through dialogue in the spirit of our close and friendly bilateral relations," the foreign ministry said. It also cautioned "against vested interests trying to create differences between our two countries".

The row over the inclusion of the Kalapani region comes just days after the Home Ministry released a new political map of India detailing the boundaries of the newly former Union Territories of Jammu and Kashmir and Ladakh.

The Nepalese foreign ministry, in a press statement on Wednesday, said: "All the outstanding issues relating to the border between the two countries need to be resolved through mutual understanding and any unilateral move is unacceptable to the Nepal government".

India-Nepal border talks have been assigned to the Foreign Secretaries of both the countries, "to resolve the remaining border related issues between Nepal and India in consultation with concerned technicians," the Nepalese government was quoted as saying by news agency PTI.