Jyotiraditya Scindia targeted what he called the double standards of the Congress-led UPA government on the farm laws.

Speaking right after Jyotiraditya Scindia, Congress' Digvijaya Singh began by taking a swipe at him.

An exchange between BJP leader Jyotiraditya Scindia and his former Congress colleague Digvijaya Singh made for an amusing interlude in the Rajya Sabha today, in the middle of a discussion on the farmer protests.

Jyotiraditya Scindia, speaking in parliament for the first time since his crossover last year from the Congress - his party of 19 years - to the BJP, targeted what he called the double standards of the Congress-led UPA government on the farm laws at the centre of a massive farmers' agitation outside Delhi. The Congress and other opposition parties have supported the demand of farmers that the laws be repealed. Mr Scindia sought to highlight what he alleged was the Congress's flip-flop on the laws.

"In the 2019 election manifesto, the Congress had promised reforms for farmers. In 2010-11, our Agriculture Minister Sharad Pawar had written to all Chief Ministers and said that private sector participation was necessary in agriculture and for that, amendments were needed in the APMC (Agricultural Produce Market Committee) Act enacted by state governments," Mr Scindia said. 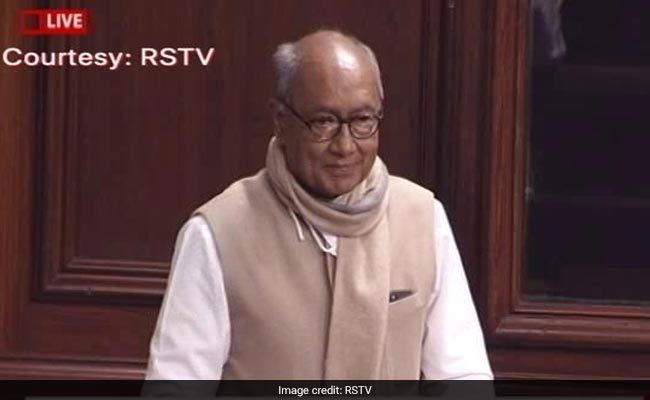 Speaking right after Mr Scindia, Congress veteran Digvijaya Singh began by taking a swipe at him.

"Yeh Juban badalne ki aadat badalni hogi. Chat bhi mera pat bhi mera kab tak chalega (Opposition parties will have to change the habit of going back on their words. Heads I win, tails you lose. How long this will go on?)," the BJP member said.

Speaking right after Mr Scindia, Congress veteran Digvijaya Singh began by taking a swipe at him. 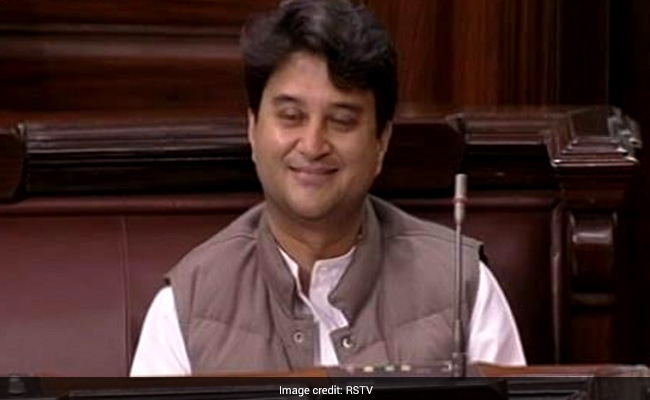 Mr Scindia smiled and retorted: "It is all thanks to your blessings."

"Scindia-ji I congratulate you. The way you earlier used to present the UPA's point of view forcefully in the house, today you have done an excellent job of expressing the BJP's view. Wah Maharaj-ji wah!" - Digvijaya Singh grinned, using the Madhya Pradesh leader's nickname.

Mr Scindia smiled and retorted: "It is all thanks to your blessings."

To which, Mr Singh returned: "My blessings were always with you. And will always be with you, no matter which party you join".

The entire House erupted in laughter at the banter.