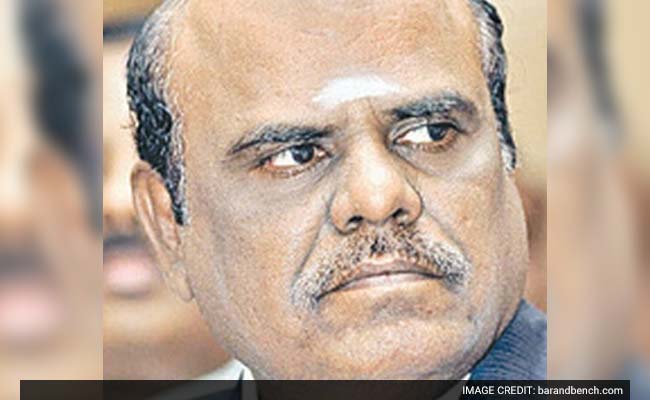 Chennai: Controversial Madras High Court Judge Justice CS Karnan, who recently 'stayed' the Chief Justice of India's order transferring him, has been directed to join the Calcutta High Court on or before March 11.

President Pranab Mukherjee has signed the warrant of transfer and Justice Karnan has been directed to join the Calcutta High Court on or before March 11, Madras High Court Registry sources said, quoting a communication received by it.

Justice Karnan had on February 15 in a suo motu order stayed Chief Justice of India TS Thakur's order transferring him, after which the apex court had asked the Chief Justice of Madras High Court not to assign any judicial work to him.

The same day the apex court had suspended Justice Karnan's order and made it clear that all administrative and judicial orders passed by him after the issuance of proposal of his transfer from Madras High Court to Calcutta High Court shall remain stayed till further orders.

In the backdrop of this, the Judge had on February 23 admitted that he had issued an "erroneous" order due to his "mental frustration resulting in the loss of his mental balance".

In a letter to the CJI and two Supreme Court judges - Justices JS Khehar and R Banumathi, Justice Karnan claimed he was "disturbed" due to various incidents where he was "ridiculed" by some judges due to which he was frustrated.

He had also assured that hereafter he would still continue to foster a harmonious attitude to one and all.