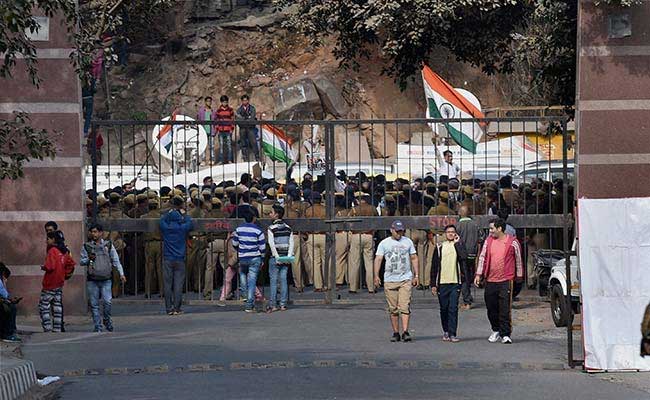 New Delhi: The raw video footage of the controversial February 9 Jawaharlal Nehru University (JNU) event, on which a sedition case was registered against JNUSU President Kanhaiya Kumar and two others, has been found to be "authentic" by the CBI forensic lab, police claimed today.

The raw footage of the event, obtained from a Hindi news channel, was sent to the CBI forensic lab in Delhi for examination along with camera, memory card, a CD containing the clip, wires and other equipment, they said.

"The CBI lab sent a report to Delhi Police's Special Cell on June 8 saying the raw footage was authentic," a police source said.

Special Commissioner of Police (Special Cell) Arvind Deep confirmed the receipt of report but did not divulge the details.

Earlier, Delhi Police had sent four video clips of the event to Gandhinagar-based Central Forensic Science Laboratory (CFSL) which in its report, in May, had said that they were genuine.

However, a Delhi government-ordered probe, into a set of seven video clippings of the controversial event sent to the Hyderabad-based Truth Labs, had found two clips to be manipulated while others as genuine.

Police, however, maintained that the FIR into the matter was registered on the basis of the raw video footage, obtained from a news channel on a CD, and not on the clippings which were aired on TV channels.

In the FIR, police had claimed that in the video a group of students, led by JNU student Umar Khalid, could be seen raising anti-India slogans, 21 of which were mentioned in an interim report filed a few days later into the case.

Kanhaiya Kumar, Umar Khalid and Anirban Bhattacharya were arrested in February and later granted bail in the case, which is now being probed by Delhi Police's anti-terrorism unit Special Cell.