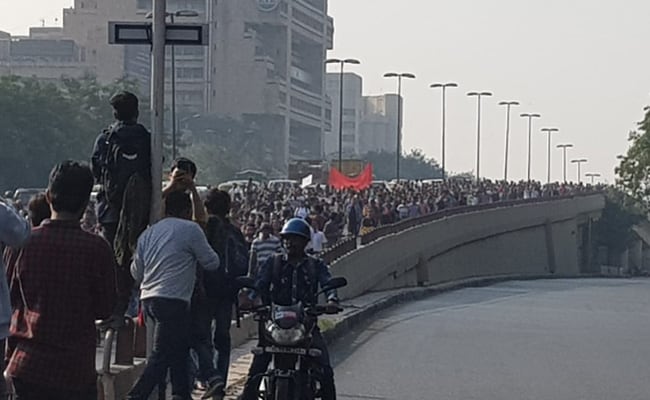 JNU Protest: The students were forced to make a detour after cops stopped them midway

Security has been strengthened outside the JNU campus in Delhi ahead of students' protest march against hostel fee hike. The agitation comes on the first day of the winter session of the parliament. Over 700 police personnel have been deployed outside the university campus. The JNU Teachers' Association (JNUTA) has expressed their concern over this.

Police officials said adequate security arrangements have been made along the route of the march. Police personnel have been deployed at all entry points leading to the parliament, a senior police official said, reported news agency PTI.

The students' union has continued their protests despite the JNU administration announcing a partial rollback of the hike on Wednesday, saying the decision is an "eyewash".

Here are the LIVE updates of the JNU protest: 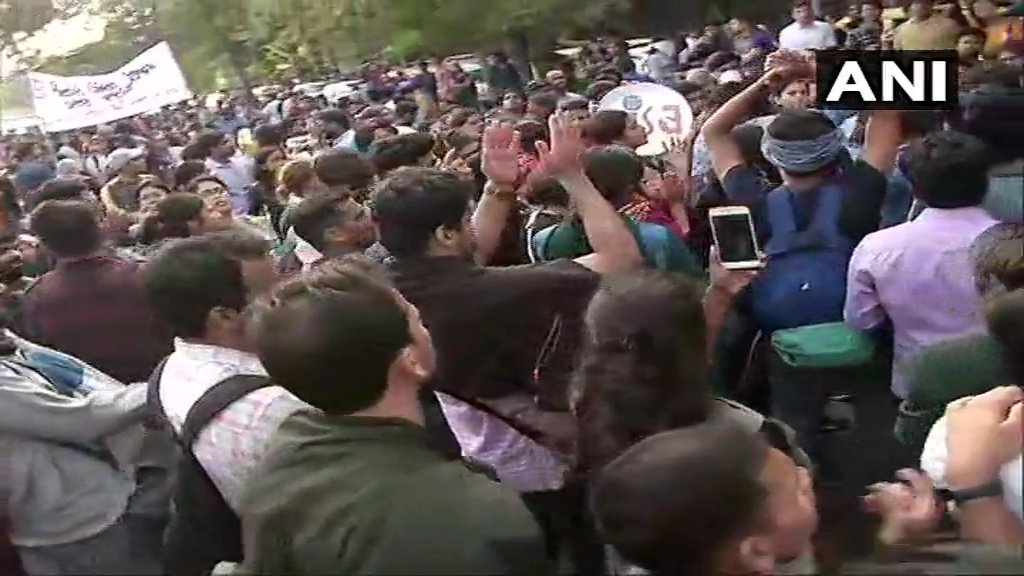 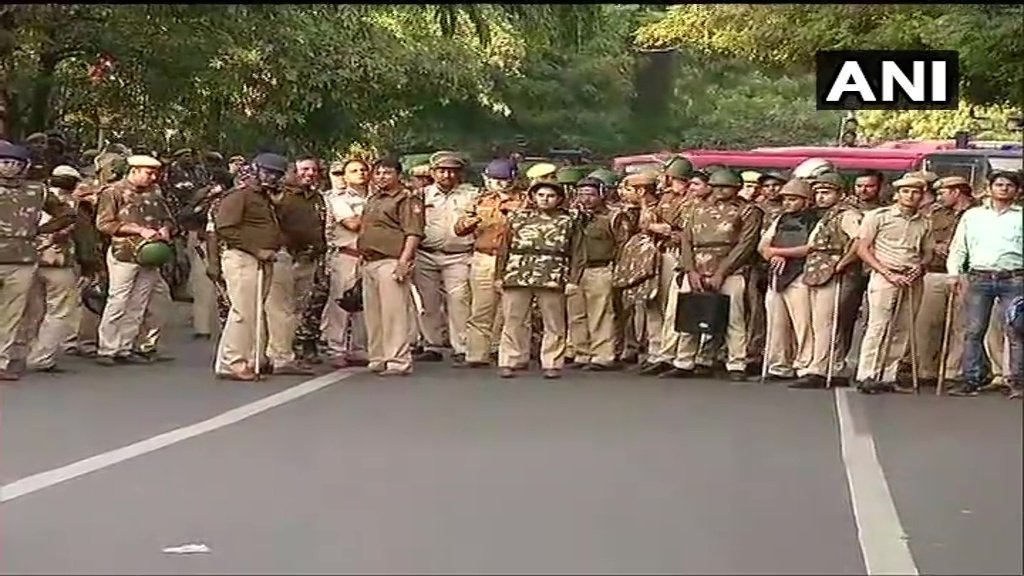 "The above-said committee is requested to initiate dialogue with the students and the university administration immediately and submit recommendations on the action to be taken," said the Ministry order.

According to the order issued by the Central Universities Bureau of the Department of Higher Education, the panel will initiate dialogue with all stakeholders and advise the JNU administration on measures for resolution of contentious issues, reported news agency IANS
Nov 18, 2019 12:19 (IST)
Police stop students' march
Police have stopped the students half a kilometer from the campus. Barricades have been put up to stop the students within a 1 km radius.
Nov 18, 2019 12:18 (IST)
Students begin march to parliament 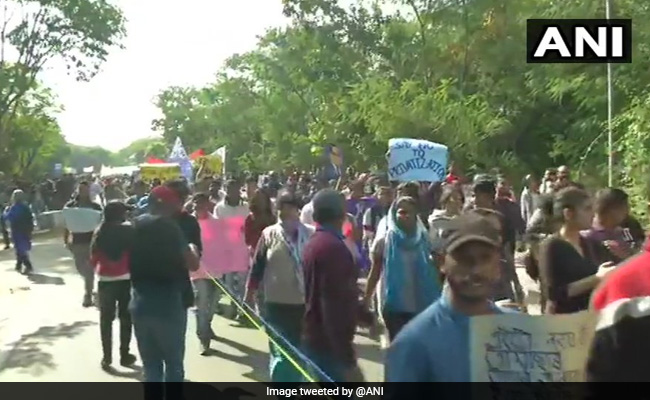 JNU students begin march towards the parliament. The students said they are "determined" to march to parliament. They have formed a human chain to ensure the students remain on one side of the road.
Nov 18, 2019 11:58 (IST)
Students will be stopped within 1 km of campus, sources say
Delhi police will not allow the students to reach the parliament. Prohibitory orders have been issued in areas around the parliament. The police plan to stop the protesting students within 1 km from the campus, sources said.
Section 144 has been imposed outside the JNU campus ahead of the protest.
Nov 18, 2019 11:40 (IST)
JNUTA calls security deployment "extremely unfortunate"
Expressing concern over the massive police deployment outside the campus, the JNU Teachers' Association said, "The massive police deployment and barricading at the gates of the JNU campus appears to be only for the purpose of preventing the students from taking out their planned march to Parliament. Such measures to thwart the exercise of constitutionally guaranteed democratic rights and to impede the students from peacefully taking their voice beyond the campus would be extremely unfortunate and the JNUTA hopes that no such situation will eventually arise."
Nov 18, 2019 11:34 (IST)
Section 144 imposed near Parliament
Section 144 has been imposed near the Parliament ahead of the protest march by Jawaharlal Nehru University Students' Union, reported news agency ANI.